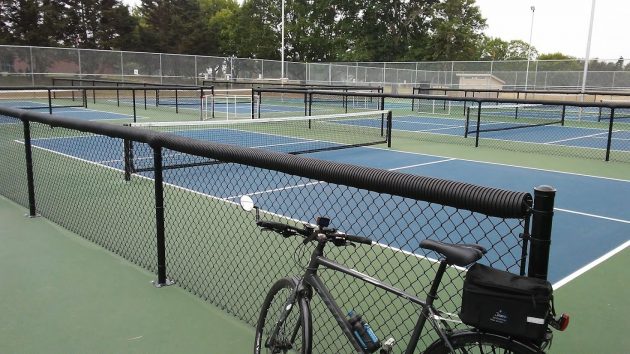 The new courtsat LBCC were open Saturday, but no one was playing when I went to see them.

Two years after the Albany City Council approved their construction, new pickleball courts at Linn-Benton Community College are ready for play. While the college still has a sign saying the campus is closed to public use, City Manager Peter Troedsson says the courts are open.

“The repair work is completed and the courts are now open,” Troedsson told the council in his Friday  report. I took a look at the place Saturday, as this video shows.

The Albany Parks and Recreation Department paid North Santiam Paving about $330,000 from city systems development charges to build the courts on the site where the college tennis courts used to be. Under a city-college agreement, the courts are to be available to the public for free play when they’re not needed for college classes.

(Several stories on this site give more background. Just put “pickleball” in the search field.)

The parks department seems to have made an agreement with the Albany Pickleball Club allowing the club to reserve some or all of the courts on three weekday mornings and two weekday afternoons. A sign on the fence also says something about people being charged for “facilitated play” there, whatever that means.

Three  more images of the new facilities at LBCC: (hh) 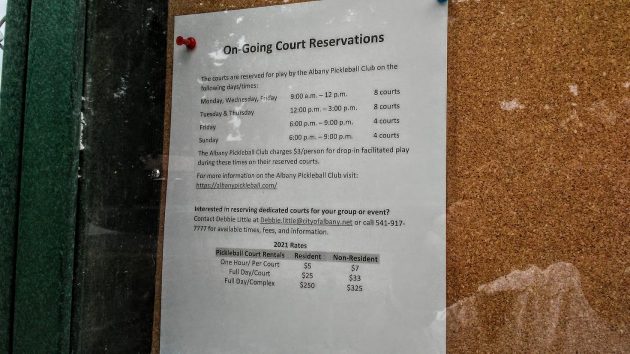 The times when the courts are reserved, and there something about people paying to play there. 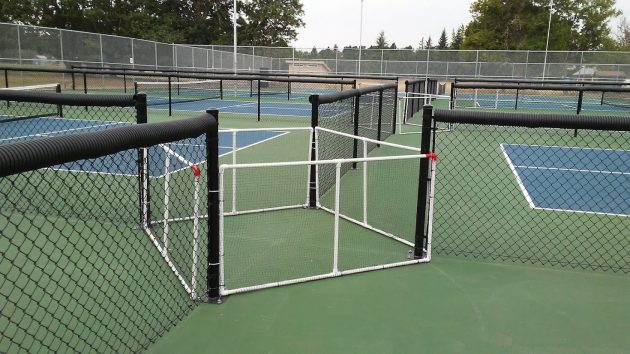 These look like playpens for the toddler grandkids of pickleball players. But probably not. 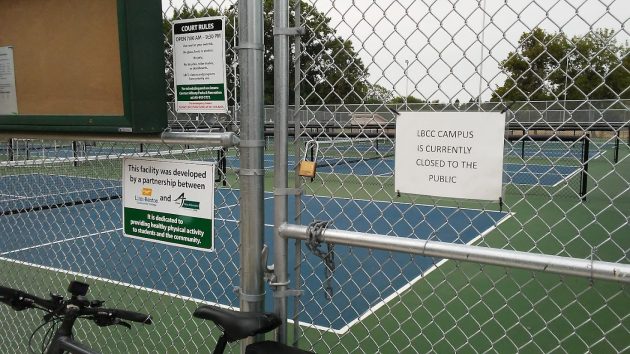 Despite what it says about being closed, the lock and chain on the gate were undone.