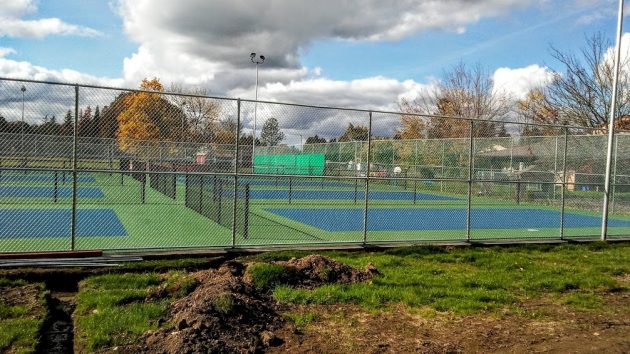 The pickleball courts the city of Albany is paying a contractor to build at LBCC are supposed to be completed this month, but they may stay closed to public use until the coronavirus pandemic has run its course.

Tennis, pickleball and basketball courts in Albany’s city parks were reopened to the public some time ago, but the community college says it is subject to different rules.

In his Friday report to the city council last week, City Manager Peter Troedsson wrote, “Completion of the new courts is anticipated in mid-November. We’re working with LBCC to determine availability of the courts for public use while the campus is under Covid restrictions.”

Jennifer Boehmer, the public information officer at Linn-Benton Community College, told me this morning she had spoken Friday with Sheldon Flom, vice president of operations and finance.  The word she got was that based on advice from the Oregon Health Authority and the state’s Higher Education Coordinating Commission, and based on the college administrative rules, “we cannot open our campus facilities to the public right now but we are happy to talk with you about why that is and how our campus differs from a public park during a pandemic.”

I haven’t  arranged to get the full explanation, but when I do I’ll pass it on.

The Albany Parks Department is paying North Santiam Paving $329,888 to build 12 pickleball courts on what used to be the college’s four tennis courts.

The courts first were supposed to be done in July, but construction was delayed by the virus and then a change in plans. Subsequent target dates for completion in September and October came and went.

The question of public use after completion was raised by Stephanie Low, an Albany resident interested in pickleball. “What recourse do the citizens of Albany have about LBCC not allowing the public to use the pickleball courts after they are completed during the Covid pandemic?” she asked me in an email on Oct. 19.

“These facilities belong to the citizens and we should be able to use them with guidelines to protect the safety of the public, of course,” she wrote. “During the past seven months since the shutdown, people are needing physical activities for the well being of their mental and physical health.”

The pickleball contract between Albany and LBCC says the city has the right to use the courts for activities including classes, tournaments and free play, “subject to schedules to be determined annually by mutual agreement of both parties.” It doesn’t cover whatever Covid rules the college says it must obey. (hh) 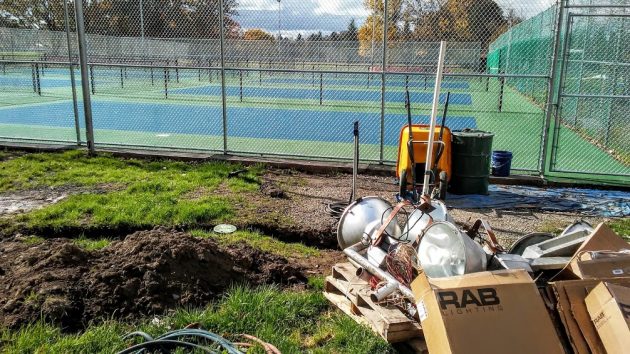 Another view of the pickleball construction taken Oct. 19.


3 responses to “New LB courts may stay closed by Covid”