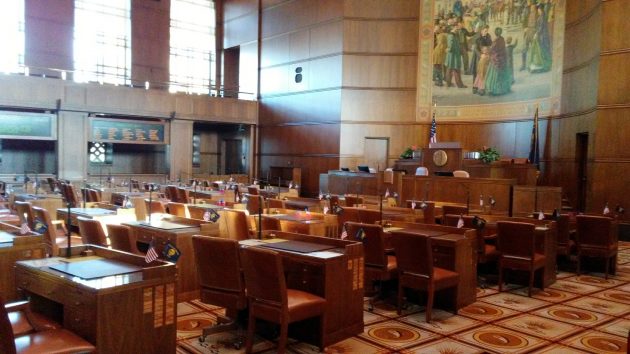 In Oregon we now have a state law intended to let illegal aliens know ahead of time when the government is about to audit the forms they filled out in order to get a job.

Senate Bill 370 became law when the governor signed it on June 6. I had not heard of it until Sen. Floyd Prozanski, D-Eugene, listed the bill in his latest newsletter as among the accomplishments of the 2019 legislative session.

The federal Immigration Reform and Control Act of 1986 requires employers to verify the eligibility for employment of anyone they hire. Usually this is done by having new hires fill out Form I-9, which calls on people to identify themselves by name and Social Security number and to attest they are either a U.S. citizen or an alien authorized to work in the United States.

Although I never saw it done when I was still employed, Immigration and Customs Enforcement agents may audit those forms. But they must give employers at least three days notice. SB 370 now requires employers to tell all their employees, also at least three days before, that an audit of their I-9 forms is about to take place.

The bill had the support of the ACLU and unions including PCUN, which represents farm workers.

Martha Sonato, political director of PCUN, told the House Business and Labor Committee in written testimony: “All workers should have the right to know when a federal agency is accessing their employee documents, understand what this process entails and allow them enough time to prepare, if need be, with their families and community.”

Alma Raya of the Oregon AFL-CIO told the committee: “Oregon’s economy is only strengthened by the work immigrants bring to our state. These workers pick our food from the valley, they process our food in Oregon’s food processing plants, they harvest our Christmas trees and ensure our families are cared for. We can’t have a state that
works without immigrant workers. Oregon’s unions support SB 370 because all workers deserve basic protections and SB 370 is a much needed update to employment protections for undocumented workers.”

Unstated in their testimony was that people in the country legally have no reason to care whether ICE or anybody else checks what they wrote on their I-9s. But people can benefit from advance notice if a coming audit means they might have to take off and make themselves scarce.

As a sanctuary state of long standing, Oregon has a policy of taking no part in the enforcement of federal immigration law. SB 370 is in line with that stand. (hh)