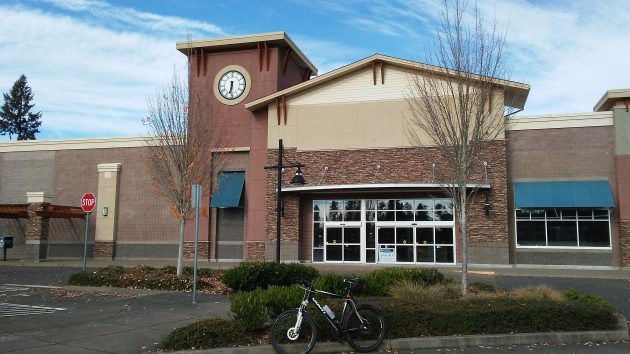 The former Ray’s Food Store in North Albany Village as it looked in October 2016.

Until it actually opens, the questions no doubt will keep coming: When will the announced new supermarket in North Albany Village be in business? The latest answer: September.

A reader’s emailed question on Tuesday was typical: “Any updates on the earlier article about new market etc. in former Ray’s?  A number of us in N. Albany have been wondering. Time for a follow-up story?”

One of those interested in the story is Portland developer Jim Winkler, whose rezoning request on acreage east of the North Albany shopping center is pending before the Albany City Council. He wants to build a housing complex on the land, and tenants there would find a full-service market within walking distance a great convenience. Outside a hearing on the zoning issue last month, Winkler told me he understood The Myers Group, based in Washington state, now planned to open the store in September.

Today I checked with Pete Snook, development director for Deacon Corp., which administers the shopping center. I mentioned that a couple of doors cut into the former Ray’s were still unfinished. The doors are to serve the outdoor section of the Ace hardware store that’s part of the supermarket plan.

“The doors are on back order,” Snook replied. “But everything else is still pointed at September.”

The schedule has obviously slipped since January, when I talked on the phone with Tyler Myers about his company’s North Albany plans and he hoped to open in the spring. But considering that the store building has been vacant for three and a half years, what’s a few more months? (hh)