N. Albany groceries and liquor, too 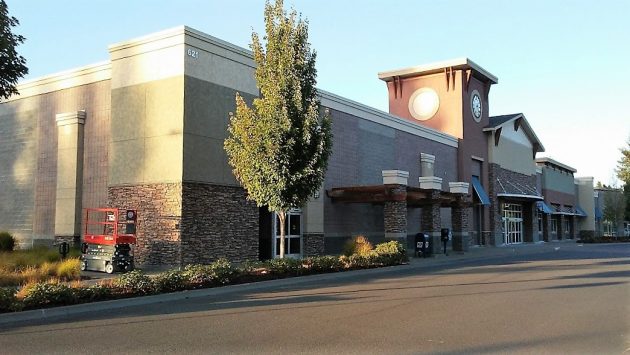 The future home of the North Albany Village grocery and liquor store in the evening sunlight Thursday.

A new wrinkle in the story of the supermarket and hardware store planned for the North Albany Village shopping center: It will have a liquor store inside the grocery as well.

On Thursday the Oregon Liquor Control Commission took action to make that possible. Christie Scott of the commission staff sent me a note: “I know you’ve been covering the new IGA coming to Albany. Wanted to let you know we’ve approved a liquor store going into that location once it opens.”

It’s the downtown liquor store that will make the move to North Albany. The OLCC approved “North Albany Supermarket LLC” as the new agent for the store. The entity, registered in Oregon in March, is part of The Myers Group of Clinton, Wash., which is working to open the supermarket.

The downtown store will stay open until the supermarket is ready for it to move there, the OLCC said in a press release.

I stopped by the store late Thursday and learned that Dan Powell, the agent, plans to retire. He has been operating the store for many years, the last 17 of them at the current location at the corner of Fourth Avenue and Lyon Street. Before it became a liquor store, the building housed the Greyhound bus station, a beauty shop and a cafe on the corner. No word on what happens to the building when the liquor store moves.

The Albany building division on Aug.10 issued a building permit for about $300,000 worth of interior renovations at the supermarket site, vacant since Ray’s Food Store closed in 2013. Work on the renovations apparently has begun, but I don’t know how long it will take or when the supermarket, operated by The Myers Group of Washington state, and new liquor store will open their doors. (hh) 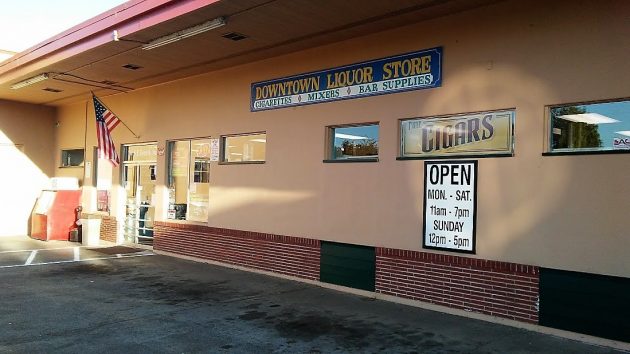 The liquor store has been at this location at Fourth and Lyon for about 17 years.


11 responses to “N. Albany groceries and liquor, too”