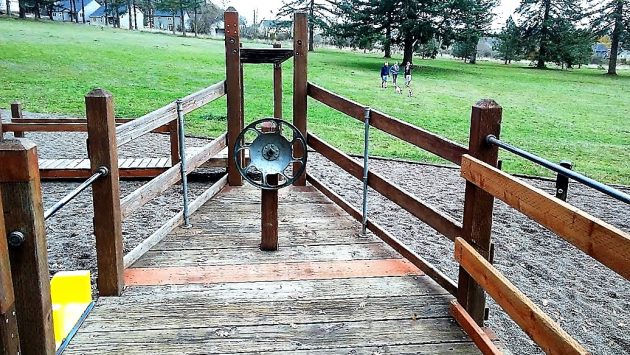 On deck of “The Boat,” which may or may not remain part of the playground at North Albany County Park.

Visitors at North Albany County Park may start seeing changes in the next few years based on a new master plan. Developed over the last couple of years with lots of outreach to and input from the people in surrounding neighborhoods, the plan goes to the Benton County Board of Commissioners for approval in December.

Then, says Laurie Starha, the director of parks and natural areas, the county will seek grants in 2018 to get rolling on the projects outlined in the plan.

Two main goals are to have the park encourage physical activity and to make the place more easily accessible to people with disabilities.

The plan calls for leaving the playground in place but adding a new one with challenging equipment such as giant slides and climbing equipment. Another recommendation: a walking and running trail on the perimeter of the 22-acre park, connecting through the Albany Heights subdivision to a 10-acre woodland at Crocker Lane and Valley View Drive.

The picnic shelter and other areas are to be upgraded for easier access by people with disabilities. You can read the entire plan and all its recommendations here.

The fate of the old boat in the existing playground is uncertain. “Benton County is sensitive to the fact that many park users have expressed their hope that the play boat structure, which has been in place essentially since the park opened, remain in place,” the plan says. “The key factor in determining if the boat structure can be kept in place is public safety.”

The park, in a rural setting when it was acquired by the county in 1970, now is surrounded by subdivisions. The plan calls for access paths from the housing areas. Not waiting for formal pathways, people have made their own trails from streets dead-ending at the park. 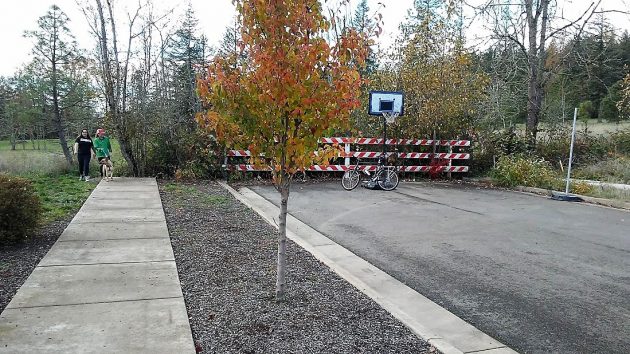