My OReGO experience: The latest 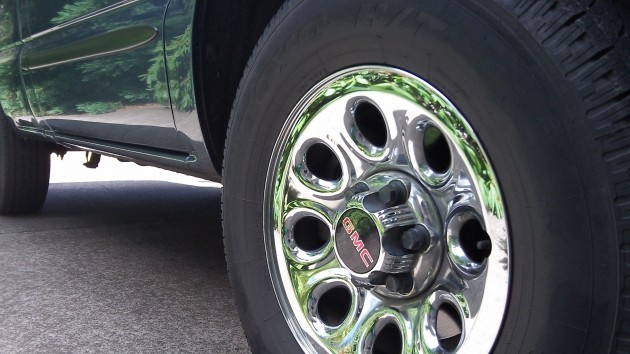 My truck, a proving ground for Oregon’s idea of a mileage tax.

My experiment with OReGO, Oregon’s mileage tax program, is proving more interesting than expected. And I can see where, before this approach to road taxation can ever become widespread, let alone mandatory, adjustments will have to be made.

One problem is the tax rate per mile, now 1.5 cents. At that rate, the state gets less road money than now from owners of vehicles that average roughly 20 miles per gallon or less. The way it works for me, every time I drive my truck, the state owes me a fraction of a cent because of the 30-cent-per-gallon fuel tax that I’ve already paid.

Oregon needs more money for roads, not less, so the 1.5-cent rate is too low. The alternative is for the legislature to force all vehicles to pay the mileage tax, even those that yield little or no gas tax revenue now. Imagine the howls of protest when all owners of hybrids and all-electric vehicles are faced with having to pay a higher road tax.

I’ve learned a couple of things since signing up for the voluntary OReGO program. One is that the staff at Sanef, the maker of my mileage recording device or MRD, is extraordinarily helpful in tracking down problems. When the device missed a big chunk of the distance driven on a recent trip, they went on the hunt for the cause and found it.

From the report sent by my OReGO account guy: “The user’s MRD was momentarily reset at (about) 1:30 PM on 8/01/2015, shortly after the end of a trip outside of Philomath, Oregon.” (That would have been when I set the foot-operated parking brake and stomped on the MRD gizmo instead.) “During the reset, the MRD lost power and needed to reset the internal clock using the GSM (wireless) network. The (2G T-Mobile) coverage in the area was fairly poor and the MRD was unable to properly calibrate the internal clock, resulting in a missed reading of about 60 miles between Philomath and Yachats. … Unfortunately, the interim mileage data was not recorded.”

Some people might be creeped out by the fact that this vendor, from its base in New York state, even without GPS, was able to determine just where I was at 1:30 on Aug. 1. But I guess any determined surveillance operation — the NSA perhaps — could have figured this out from cell phone records alone. The take-away here is that without better cell phone coverage the mileage tax would not work.

Just now, unfortunately, the OReGO vendor sent me an email explaining that it had made an adjustment in my daily mileage totals because the MRD had “incorrectly determined the day’s end.” My online account showed this adjustment amounted to 25 miles that the device had underreported in the period up to Aug. 11.

In my case this added a penny or so to the amount the state owes me, now a whopping total of $2.46. But if people were ever forced to pay a mileage tax, upward adjustments based on hard-to-understand technical details with the recording device likely would not go over well. (hh)


6 responses to “My OReGO experience: The latest”