More middle housing: Some have doubts 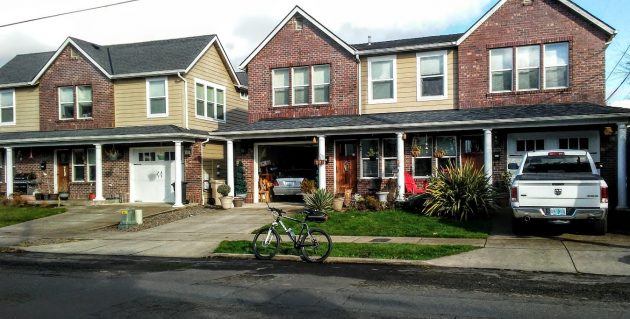 Maybe this, on Madison near Second, qualifies as one type of middle housing the legislature wants.

Albany is working on changing its development code to allow more “middle housing” as demanded by the legislature, but some on the city council doubt that it’s a good idea or that it’ll work.

The doubts surfaced during a work session with consultants and the planning commission Monday.

Councilor Dick Olsen wonders how much of the housing desired by the state would be occupied by owners. He worries that the mandated changes will turn parts of town into slums.

Councilor Matilda Novak is concerned about parking problems once more people are concentrated in groups of triplexes, quadplexes or condos. She’d also like to know how the legislature can demand such changes in a home-rule state such as Oregon.

The law says cities must allow duplexes to be built on any lot or parcel zoned for single-family houses. Also, triplexes, quadplexes, “cottage clusters” and townhouses must be allowed in areas zoned for detached single houses. (Cottage clusters are dwellings arranged around a central open space. I think we used to call them courts.)

Cities are allowed to regulate the siting and design of this “middle housing,” but the standards they adopt must not cause “unreasonable cost or delay.”

The Land Conservation and Development Commission has translated the law into a set of administrative rules that cities must obey in carrying out the legislature’s mandate.

A team of consultants is working with Albany officials to draft new code language. The new city standards must be adopted by June 30, 2022. If they’re not, the state will apply its own “model code” to Albany development.

How all this works out, nobody knows. It may turn out that HB 2001 is built on false assumptions about what Oregon residents need and want. You’d think that if there was no demand for detached houses on postage-stamp lots, builders would stop building them.

In which case, all this angst and expense about changing development codes in every Oregon town over 25,000 will have been in vain. (hh) 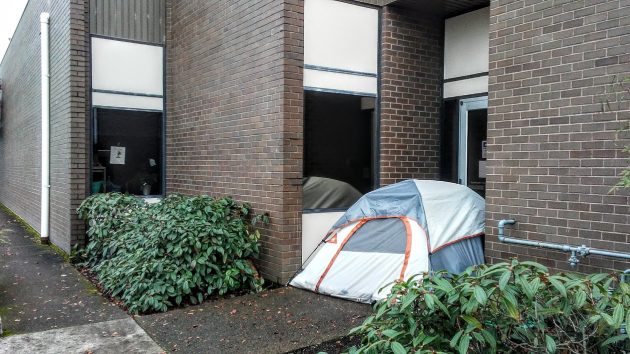 A tent behind the Employment Department in Albany on Jan. 3: Don’t expect middle housing to solve homelessness.


31 responses to “More middle housing: Some have doubts”