Memorials speak to us at Talking Waters 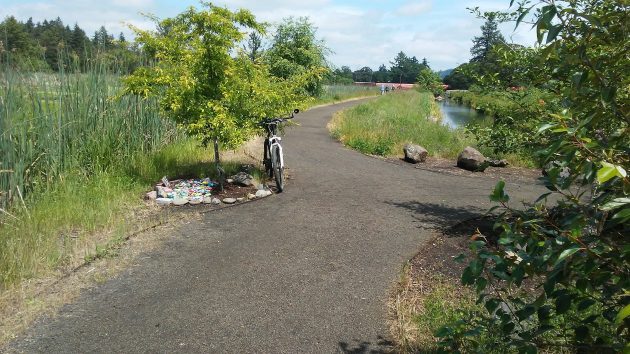 This rock-garden memorial is one of two at Talking Water Gardens.

The day before Memorial Day, the bike took me to Albany’s Talking Water Gardens in search of a painted-rock memorial that a reader had told me about. I found it — and another one, too.

At both spots, dozens of little rocks with painted messages honor the memory of men who served in the armed forces during war. One is for Masao Taniguchi, an Army veteran of World War II and Korea who died in 2011. The other remembers Spencer Biegel, a West Albany High School graduate and Marine Corps veteran who died in 2015.

Spencer Biegel’s obituary appeared in the Albany Democrat-Herald, and you can look it up here.

I couldn’t find an online obit for Masao Taniguchi. But the words on the plaque at his little rock garden make me think he was related to Diane Taniguchi Dennis, who was Albany’s public works director when the Talking Water Gardens was built and who came up with the name. (The original version, though, if memory serves, was “Talking Waters,” with the plural “s.”)

In any case, this expanse of artificial wetlands is a good place for a nature walk, and not just on somber occasions like Memorial Day. I don’t know how long those rock arrangements have been there, or how long they will stay. But while they’re in place, they certainly add points of interest for visitors to take in. (hh) 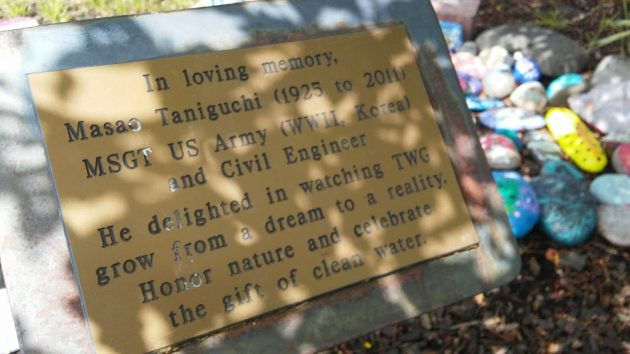 As the inscription says, clean water — and cool — was the Water Gardens’ goal. 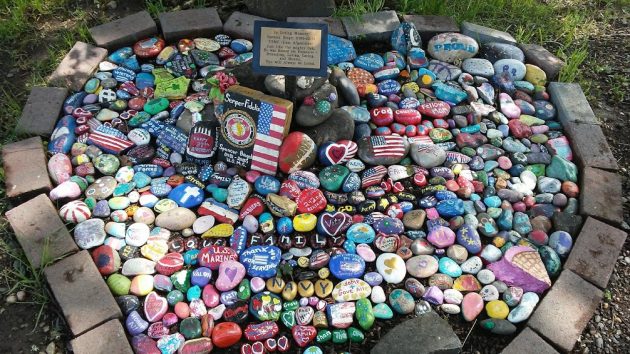 Lots of painted stones in the memorial for Spencer Biegel. 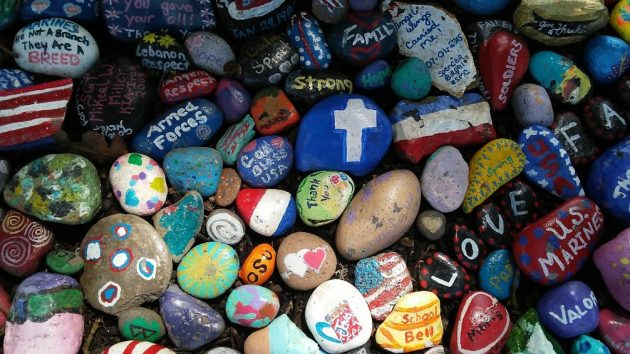 A closer look at the colorful arrangement.


17 responses to “Memorials speak to us at Talking Waters”