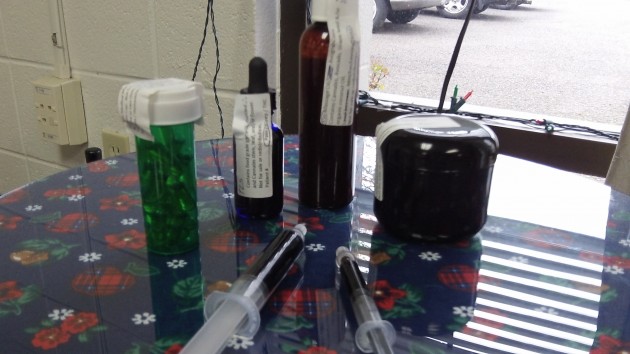 One main appeal of marijuana for medical use, I would imagine, is that it is NOT part of the system of officially approved and hugely expensive medications. It has not become another profit center for Big Pharma. Albany City Councilman Floyd Collins suggested last week that medical pot advocates should work to get the substance regulated as a controlled substance by the FDA and approved for certain uses. But that is exactly what should not be done.

Critics complain that unlike approved drugs, medical marijuana has no list of officially sanctioned indications, no prescribed dosages to be taken in a certain manner for prescribed periods of time. Of course it doesn’t.

So when officials like council members complain — as some in Albany have — that a few Oregon doctors have been too lax or careless in “prescribing” medical marijuana for people, the critics are using the wrong term. State law does not call for “prescriptions.” It merely allows physicians to authorize people to have and use marijuana if the people say it helps them with some physical or mental ailment.

With medical marijuana, it’s up to citizens to decide on their own what helps them and what they can afford. That’s an expression of liberty that is rare today. If it’s a pretext in some cases, so what? Whom does it hurt?

Consider what happens in the prescription drug industry. Say your eye doctor prescribes drops to reduce pressure that is destroying the optical nerve. You go to buy some and are told the price for what looks like about one cubic centimeter of the stuff is $30. Wait, you say, I have insurance. “Oh, well, in that case your price is $8.” A month later the insurance company sends you a statement recapping its own contribution: one dollar and 45 cents. So the total price of the stuff was $9.45 for less than a thimble full, but they were ready to charge 30 bucks if someone was willing to pay it.

The medical marijuana products I have seen and heard described are not free, but I haven’t heard reports of gouging like this. And that’s one big reason not to treat marijuana like a prescription drug. (hh)