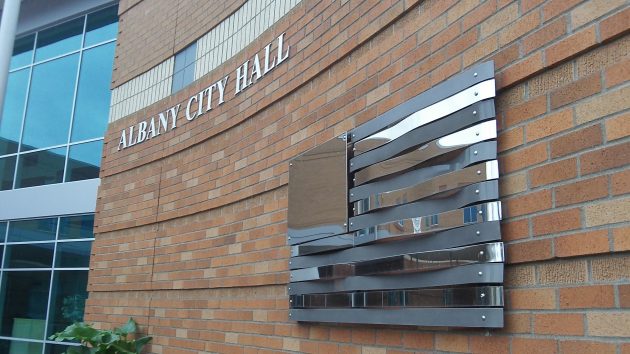 The Oregon legislature wants more housing to be built on lots that already contain a home. But a 2017 law to allow that is causing consternation at Albany City Hall and may prompt a possible first-ever veto of a city ordinance by Mayor Sharon Konopa.

State lawmakers passed a bill to require cities above a certain size, including Albany, to allow “accessory dwelling units” to be added on any single-family residential lot, subject to reasonable restrictions on size.

For months, the city planning division labored on changes in its development code, which already allowed second dwellings but not on all residential lots as the legislature wants. The upshot was an incredibly lengthy and convoluted list of amendments.

On Wednesday the council voted 4-2 to adopt the changes, as recommended by the planning commission and discussed in joint work sessions with the council. Council members Dick Olsen and Bill Coburn voted no.

Konopa didn’t get to vote because there was no tie. But she had serious misgivings, and she said that for the first time in 10 years as mayor, she was considering vetoing an ordinance. If she does, the council could approve the measure anyway, but it takes five votes to do so.

The mayor says the changes could turn single-family neighborhoods into multi-family areas, and this wouldn’t be fair. She’s also worried that the ordinance would increase the size of allowed ADUs, possibly allowing for two bedrooms rather than one. More on-street parking also was a concern.

Councilor Ray Kopczynski doesn’t think it’s a big deal because he doesn’t believe most owners of single-family houses would be eager to add another family in the back yard. He expects no rush of applications for accessory units.

The mayor has three days to file written objections to the code amendments with the city clerk. If she does, the charter says the ordinance comes up again at the next meeting, when five votes will be needed to pass it into law.

There’s no word on what happens if the impasse persists and Albany ends up not complying with exactly what the legislature wants. (hh)