Math standards not met: Here’s why 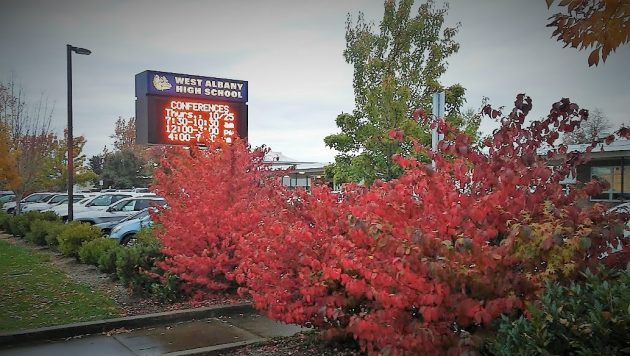 Thursday was conference day at West Albany High, where 41 percent of juniors met or exceeded standards for math in 2018.

If you’re wondering why so many Oregon high school students fail to meet the standards for math, it’s because the test is hard. Very hard. At least to me, who was not that hot in integral calculus when it mattered, some 55 years ago.

Amid political controversy, the state Education Department announced this week the 2018 test scores for Oregon schools. Statewide, only 33 percent of 11th-graders met the standards for math.

In Albany, 28 percent of 11th-graders at South met the standards. At West, it was 41 percent, but participation in the test was less than 94.5 percent.

I wondered what’s behind this. The rates for meeting the standards in English and science are much higher than for math, dramatically so at West, where they far exceed the state averages. So it can’t be that the test takers as a group are generally slow.

Trying to learn more, I visited with Jon Dilbone at the school district office. A former science teacher and middle school principal, he’s the district coordinator for applied learning, assessment, data and technology.

He showed me the 26 pages of “Oregon Common Core State Standards for Mathematics” for high school.

Merely reading random excerpts makes your head spin. Try this: “Rewrite simple rational expressions in different forms; write a(x)/b(x) in the form q(x)+r(c)/b(x), where a(x), b(x), q(x), and r(x) are polynomials with the degree of r(x) less than the degree of b(x), using inspection, long division, or for the more complicated examples, a computer algebra system.”

The standards, Dilbone told me, are set at a level so that students who meet them are expected to get through college with a B average. They cover the “conceptual categories” of number and quantity, algebra, functions, modeling, geometry, and statistics and probability.

The “number and quantity” category includes a section on “vector and matrix quantities.” Students are expected to “perform operations on matrices and use matrices in applications.”

All of that probably makes sense, at least for a while, to students who have been skillfully instructed. But you have to wonder how some of this stuff is useful to the vast majority of high school graduates who go on to become good citizens and productive, contributing members of society.

All the public usually gets is that more than half of our high school students don’t meet the math standards when the tests come around. That sounds bad. But you’re not likely to be too worried once you know how high the math standards are, and how irrelevant to a successful life. (hh) 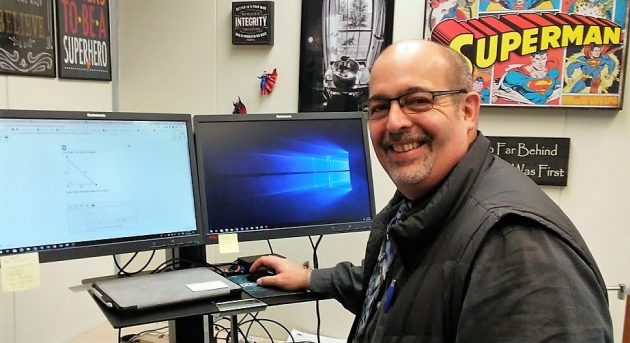 Jon Dilbone showed me some of the questions on a practice test for high school math. Below, three samples:


16 responses to “Math standards not met: Here’s why”