Marriage: May the court step back – Hasso Hering

Marriage: May the court step back 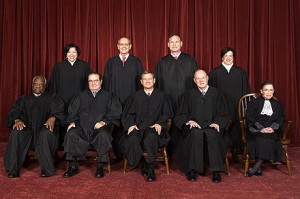 If the Supreme Court is smart — and the justices certainly are — it will decline to outlaw as unconstitutional state laws against same-sex marriage. The court will instead leave this issue to be decided in the states, where in some cases the decision in favor of this change has already been made.

All the media reports on this say the electorate has changed its mind in the last few years and now supports same-sex marriage. Support is said to be especially strong among younger voters. Among many others, fading opposition may be a result of fatigue. People are getting tired of the debate and can see which way it’s going, so they have given up.

So, If people in the states want to make marriage a constitutional question, let them propose an amendment to the Constitution. But that would be difficult and time consuming. The easier route is simple: Just change the laws in each state. Let the voters decide. (hh)