Maple Lawn to continue as a preschool 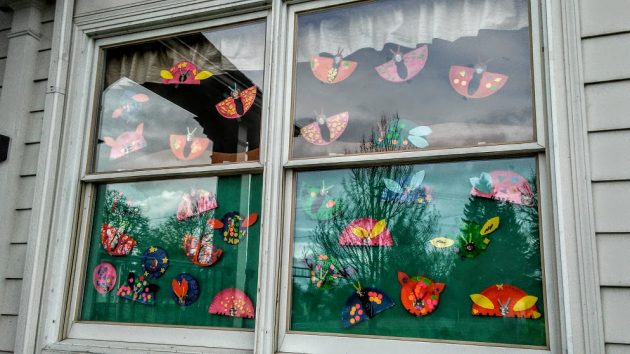 A decorated window at the Maple Lawn Preschool in April 2019.

Albany Parks and Recreation Director Kim Lyddane has good news for all those parents who pleaded with the city council last spring not to close the Maple Lawn Preschool: Subject to council and school board approval, the place will stay open and Greater Albany Public Schools will cover the expense.

A year ago, the parks department proposed to close the city-run preschool on Salem Avenue in order to save money. The council eventually agreed to keep it open for the first year of the current budget biennium and seek another organization to take it over after that.

“Maple Lawn Preschool will run, at no expense to the City, with funds from GAPS,” Lyddane tells the council in a memo prepared for Monday’s 4 p.m. work session at City Hall. All expenses and revenue for the program, she adds, will be tracked in an account separate from the traditional parks and recreation programs to make sure that no city money is spent.

Parents pay a fee to allow their youngsters to attend  Maple Lawn. The city raised the fees in 2019, and for this fiscal year they are estimated to total $125,000, while operation of the preschool is budgeted at $257,000. The city budget accounts for the full-time equivalent of 1.75 instructors and not quite one half-time teaching assistant.

In her memo, Lyddane says she met with GAPS Superintendent Melissa Goff and Assistant Superintendent Lisa Harlan. She says the school district is interested in funding Maple Lawn while it develops its own “early childhood service model,” and Maple Lawn would continue with no major changes in format.

Staff members would remain city employees with oversight by the school district. The district would cover all salaries and benefits, materials, services, utilities, and other expenses. All this is to be detailed in a three- to five-year agreement to be submitted to the council and school board when it’s ready in the coming weeks.

The money will come from the extra state funds the district will get from the gross-receipts tax on business the 2019 legislature enacted with the title of “Student Success Act.”

During budget hearings a year ago, numerous parents praised the instructors at Maple Lawn as particularly influential and helpful in the development of their children. They should be pleased by the proposal that’s now been worked out. (hh)

The city-owned Maple Lawn Preschool, at 1950 Salem Ave. S.E., as it looked a year ago in April.


14 responses to “Maple Lawn to continue as a preschool”