Map changes prove costly to some 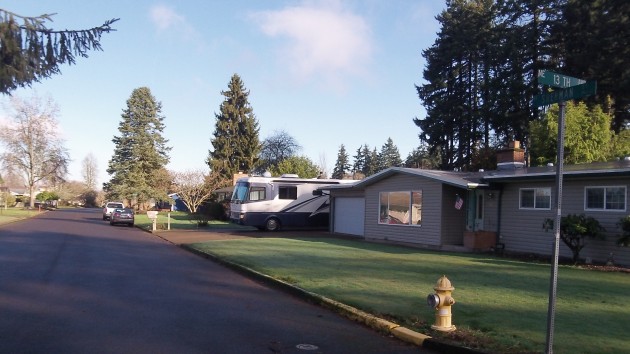 Some homeowners in the low-lying sections of North Albany face potentially steep increases in their flood insurance premiums, while some others may pay less or be able to drop flood insurance entirely — all because of changes in the official floodplain map.

The numbers are vague at best, as the city council learned at Monday’s work session. An estimated 60-120 homes, some of them along 13th Avenue and Sherman Street on the eastern city limit of North Albany, may face increases because a new map puts them in the so-called 100-year floodplain, while another 50-100 may get decreases because the new map shows them at less or no risk in a 100-year flood.

Premium increases would depend on many factors at each affected property, but they could run $1,000 or $2,000 or more per year on a $150,000 house. Flood insurance in potential danger areas is required by mortgage lenders, especially when mortgages are federally insured.

As explained to the council by city engineer Jeff  Blaine, the city commissioned an independent floodplain study because it faced development proposals and conflicting information about potential flooding about four years ago. The study found errors in the official floodplain map of the Federal Emergency Management Agency and has since been accepted by that agency.

The city study discovered a new potential flood channel. It also found that additional land would be inundated by a flood of the size expected once every 100 years, and some other land included in the original FEMA floodplain was actually outside the 100-year level.

Property owners faced with increases can lessen the hit by obtaining an elevation certificate and taking other measures, and the city staff hopes to set aside $100,000 to help affected homeowners with the expense. The council did not act on the money request Monday but plans to do so later. Meanwhile, the public works department has scheduled an open house for affected property owners for 7 p.m. on Feb. 17 at North Albany Middle School.

Blaine explained that Albany initiated the floodplain study to protect life and property, and while the city is not the cause of any flooding, the staff feels an obligation to help affected owners with part of the expense resulting from the study the city authorized.

“We did the study, so it is our fault,” Councilor Bessie Johnson said. (hh)