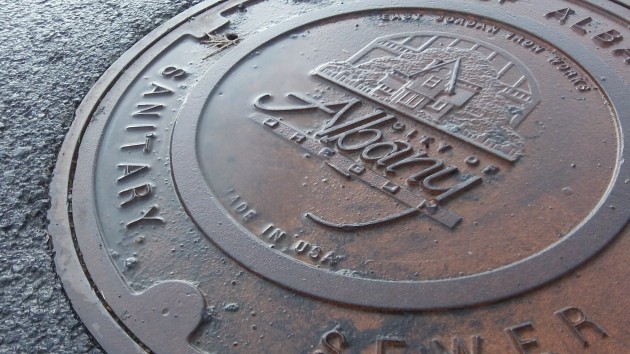 Eight years ago my attention was called to the country of origin of many of the manhole covers in Albany streets, which happened to be India. A story appeared in the Democrat-Herald on Oct. 1, 2005, and I’m glad to say that an update is in order.
In 2005, the story was that India was supplying manhole covers for many American utilities and cities because, according to one online report at the time, they charged less than domestic makers. On Sunday, though, I happened to glance down on a bike ride through a new North Albany neighborhood. An ornate manhole cover caught my eye.
Wonder where it’s made, I thought, stopped the bike and took a closer look. “Made in USA,” it said, by East Jordan Iron Works. Online I learned that East Jordan Iron Works was founded in the late 1800s in the town by that name in northern Michigan. The company has survived and grown, having bought other foundries in this country and overseas, and now it’s known as EJ and operates around the world. But its headquarters is still in that little Michigan town, on the South Arm of Lake Charlevoix, with a population in 2010 of 2,351. Except for the weather — hot and humid in summer and bitter cold in winter — it sounds like a nice little burg. On a video on the town’s website, you can even see the office staff of EJ, the makers of that Albany manhole cover, dancing to the tune of “It’s always a good time.” (hh)

If you want to learn about the history of East Jordan Iron Works, check it out here: http://americas.ejco.com/webapp/wcs/stores/servlet/StaticPageView?catalogId=10001&langId=-1&storeId=10054&staticPage=history