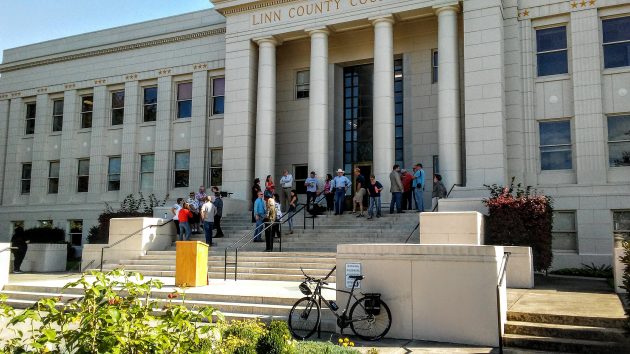 You may have read it here first, back on June 14. Today it became official, and that’s why all those people were waiting on the Linn County Courthouse steps in Albany this afternoon.

They were there to hear state Rep. Sherrie Sprenger, R-Scio, announce she’s running for the Republican nomination to succeed Linn County Commissioner Will Tucker. And that’s what they heard.

Sprenger said she had already filed for the May 19, 2020, Republican primary. Her term in the Oregon House runs through 2020, and she intends to stay in her legislative post until, she hopes, taking office at the county level in January 2021.

Tucker, a Republican, is not running for re-election next year.

All this became known at the Capitol in Salem in June, and here’s what I wrote about it then.

Tucker and Sprenger are rooted in the Lebanon area and have known each other since they were school board members and had other roles in public and community service many years ago.

About 30 people ended up listening to their remarks outside the courthouse this afternoon. Among them was former Sheriff Tim Mueller, who’s been retired for a few years. And of course, Commissioners Roger Nyquist and John Lindsey, also Republicans.

Also in the little crowd, at least for a while, was Stephanie Newton, the Democrat who ran against Lindsey in 2018. (hh) 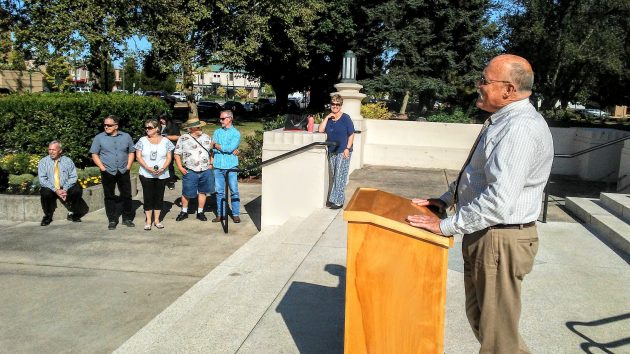 Sherrie Sprenger, on the top step in background, listens as Will Tucker announces his support for her campaign next year to succeed him in 2021. 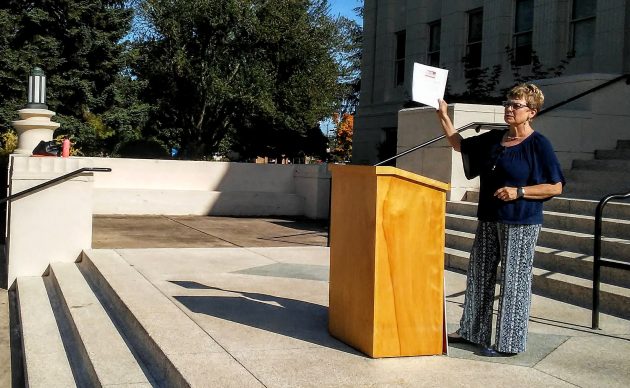 Rep. Sherrie Sprenger at the podium.


7 responses to “Making it official: Sprenger runs for Linn job”