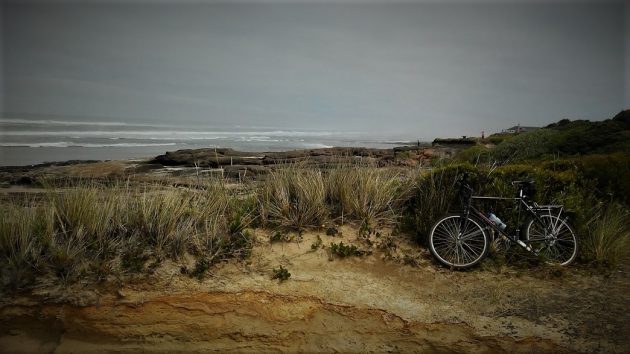 Oregon’s coast the way it’s supposed to be (and still is): Rocks, long views and hardly any people.

Our busybody state government has, you will not be surprised to learn, a “Global Warming Commission.” Its motto is “Keep Oregon Cool.” If only it could.

At its next meeting on June 25 in Portland, according to an Energy Department press release, this board will occupy itself by talking about Oregon’s “sector-based greenhouse gas emissions inventory, provide a forest carbon update and (get an) overview of Governor’s Office climate activities.”

In other words, they’ll spend time on exercises that serve mainly to keep bureaucrats employed and to raise, eventually, the cost of electricity and gas. What they won’t touch is probably the main way in which Oregon affects the climate: By continuing to encourage the population to balloon.

Everywhere you go, from central Oregon to the valley to the coast, not to mention southern Oregon, they are building houses and apartments as fast as they can. Albany has several subdivisions with hundreds of lots under construction or in the pipeline for local government review. Even in tiny Adair Village, a developer has churned up a big field of open space to put in utility pipes and streets, and the little town is talking excitedly about tripling its size.

Whatever for, one has to ask. Why are we pushing so hard to become like parts of the country that are already congested, and where the living is hard?

Oregon had only 2 million people 50 years ago, and it was a great place in every way you can think of. (At least it seemed that way to me, then in my 20s). Public services were more than equal to whatever demand was put on them. Highways were in beautiful shape. Everything else worked as well.

Now we’re well above 4 million, and look what we have. Highways clogged with people doing long commutes, infrastructure falling apart, costs rising for upkeep and repair, more and more people unable to afford even a roof over their head, and state and local governments responding to society’s ills real and imagined with an ever tighter web of laws, even going so far as trying to influence the “climate.”

In climate circles, the goal is to reduce how much carbon dioxide our society adds to the air. Well, couldn’t our output of CO2 be controlled better if our numbers were not growing so fast? If the climate board wanted to get the public’s attention, that’s a topic on which it would chew. (hh)


18 responses to “Making everything harder: growth”