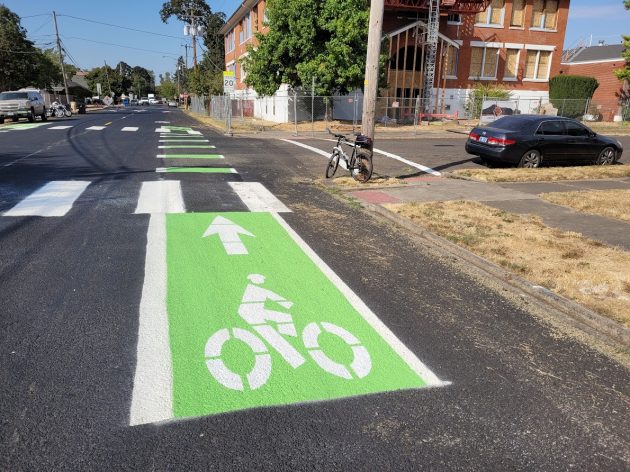 Tuesday afternoon on Madison Street at Fourth Avenue: The bike lane is green.

Three years ago there was a story on this site about putting green paint on bike lanes on Madison Street, a first in Albany at the time. Now this has been done.

The green paint pavement markings were applied on Madison at two intersections, at Fourth and Fifth Avenues. This was done as part of an ODOT-funded safety project to prevent or reduce crashes involving bikes and cars.

Fourth and Fifth have stop signs at those intersections but Madison does not. According to the city, several crashes occurred there when drivers pulled out of the cross streets after stopping and didn’t see bike riders on Madison.

The green paint is supposed to alert drivers to the potential presence of people on bikes.

That section of Madison is considered a bicycle route because within several blocks east or west, it’s the only straight shot from Pacific Boulevard north to First Avenue.

Before the new markings were painted this week, potholes were filled and the pavement got a new chip-seal treatment. On a bike, it’s still rough, but not as rough as it was. (hh) 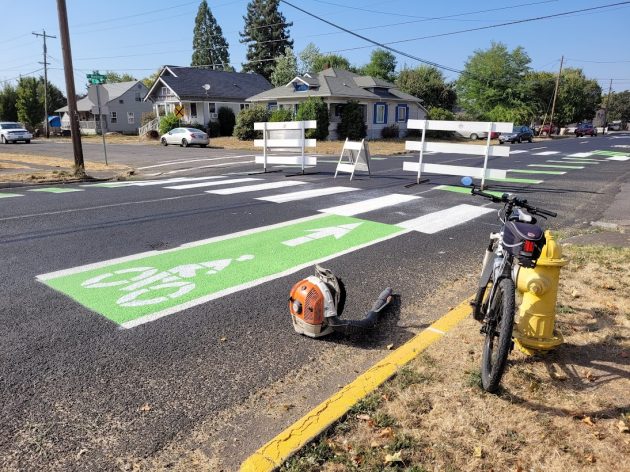