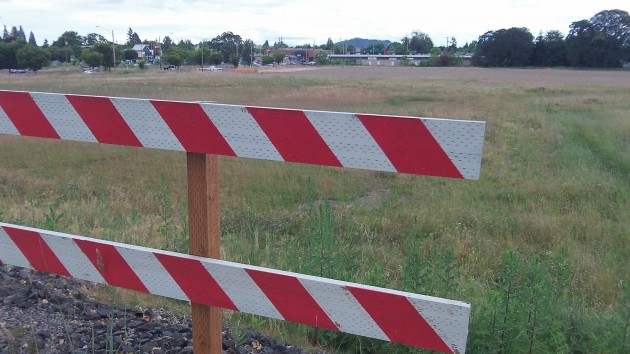 Looking at the Lowe’s site from a barrier on Oak Street.

One new big box may yet be coming to Albany, but another is closing, the city government learned Thursday. Lowe’s told City Manager Wes Hare it wants to go ahead and build its planned home improvement center at Ninth Avenue and Oak Street, but not till next spring. And the company in charge of K Mart told him the same day that it plans to close its Albany store this September.

Lowe’s has a development agreement with the city of Albany requiring it to open its store by the last day of 2014 or pay the city $1,000 per day for every day the opening is delayed beyond that date, up to a total of $2 million if the store never opens. Hare says that if the company wants to avoid the penalty, it will have to ask the city council to amend the agreement.

Lowe’s plan for its home improvement and garden center on 12 acres at Ninth and Oak required extensive changes in the street system on which Albany spent about $4 million.

Hare got the word about Lowe’s plans from a company official in California. 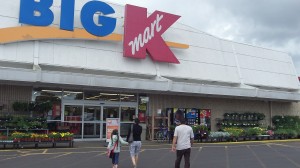 People won’t be able to shop at K Mart after September.

As for the other news, Hare reports: “I also received a call today from Sears Holding Company telling me they are closing the Albany K Mart in September. Ours is one of a large number of K Marts and Sears stores either already or to be closed in 2014.”

There’s been a K Mart at the site on Pacific Boulevard since at least the 1970s.