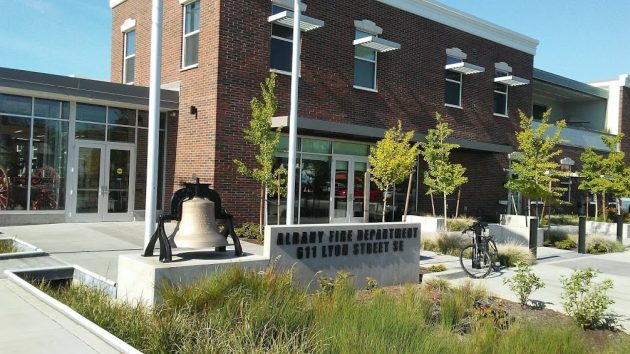 If you live in the area covered by the Albany Fire Department, you might want to ask your insurance company about lowering your fire insurance premiums. Why? Because the Insurance Services Office has just upgraded the department’s “public protection classification” to a 2, up from a 3.

The upgrade took effect May 1. Fire Chief  John Bradner gave the city council a report about it Monday. You can read the details in his two-page memo included with the council packet and available online here.

The Insurance Services Office rates fire departments on a scale of 10 to 1 every five to ten years, with 1 being the best. Albany had been a 3 since being upgraded from a 4 in the 1970s.  In the latest evaluation, the Albany department gained points in emergency communications but mainly in the rating of the department itself, based on available engines, staffing, training, and its fire prevention program.

According to Bradner, many insurance companies use the ISO grade in setting rates, and an improved grade often results in lower rates. He said all properties within 5 miles of an Albany fire station — there now are five of them — are covered by the improved fire protection grade.

It’s impossible to say how much, or even whether, the change causes a drop in fire insurance premiums. Presumably there are factors other than the fire department’s ability to respond. If you’re interested, the best thing is to call your insurance agent and see if the new and improved rating has any effect on what you are charged. (hh)