Looks like a case of trouble on the wire 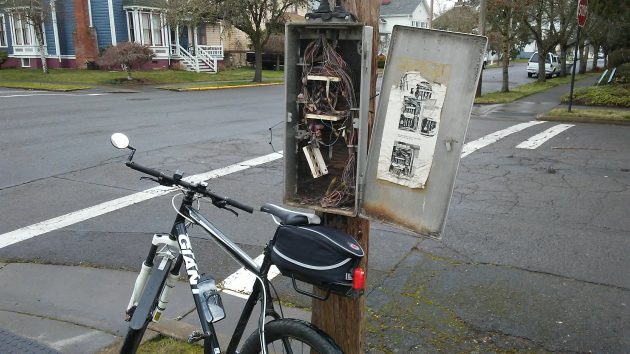 Wonder how long this telephone wire box at Washington Street and Seventh Avenue has looked like this. And whether it’s a sign of the times, or something else.

I came across this sight on a bike ride Saturday. It caught my eye because it’s the second box I had seen in similar shape in the last year or so. And it makes me wonder whether this is a case of vandalism or a sign and symptom of the decline of conventional telephone service, the kind that relies on wires and switches to work.

A few years ago, our landline in Albany started acting weird. When I picked up the phone, instead of a dial tone I heard somebody else having a chat on the line.

I called the phone company — Qwest, I think, that’s how long this was — and a guy came around in a company van, took apart the steel box on the street nearby, tested some pairs of wires and then reconnected them a different way to get the malfunction solved.

The episode told me that those boxes, or short square columns you see everywhere, were still an important part of the system at the time.

But maybe not anymore.

This box I saw on Saturday looked like it was completely out of commission. If so, the lines it served presumably have gone dead. And if that’s the case and nobody has complained to get the box fixed and the wires reconnected, then maybe, in this part of the Monteith Historic District, landline telephone service is completely a thing of the past. 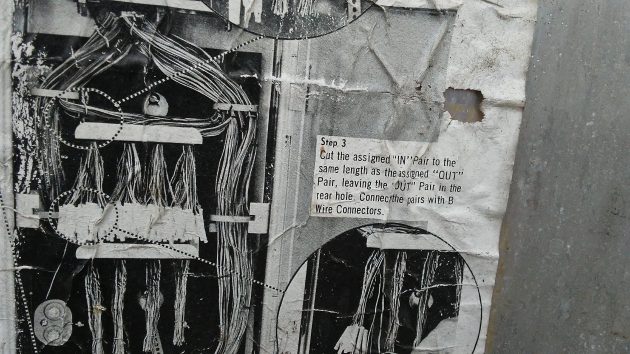 The instructions on how to connect the wires in this box.