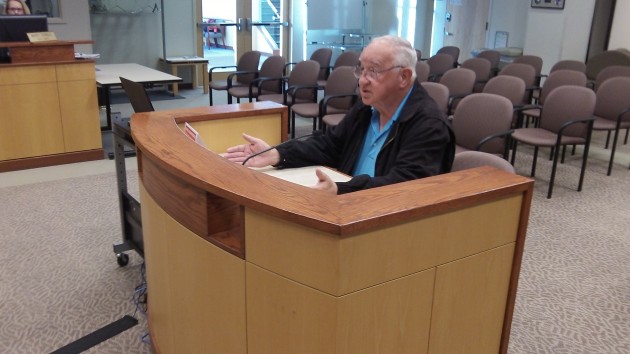 It’s early yet, and no one knows how far this idea is going to go, but there’s been talk of Albany voters being asked what they think of a local gas tax to pay for repairing city streets. The subject came up most recently at the city council meeting Wednesday night.

Ray Hilts, an Albany resident long active in community activities, appeared before the council with a suggestion. As everyone knows, he said, many Albany streets are in poor shape. So isn’t it time to consider a local gas tax and start fixing them up? Or words to that effect.

Mayor Sharon Konopa has brought up the idea of a local tax gas before. She’s also talked about it to Mayor Biff Traber of Corvallis, whose budget committee also has considered the possibility. The mayors’ idea is that voters in the neighboring cities would be asked the same question at the same time, perhaps in the general election Nov. 8.

Konopa had been waiting to push the idea until after the primary, waiting for the outcome of a gas tax election in Portland. There, voters now have approved a 10-cent-per-gallon city gas tax that will be in effect for four years.  The outcome has encouraged Konopa to think that perhaps voters in Albany and Corvallis would react the same.

As the rate of the local tax, she’s been talking in terms of 5 cents. So far it’s not known how much that would raise, but the mayor would like it to be spent strictly and only on street repairs — not new streets or bike lanes or sidewalks or any other extras such as transit improvements as in Portland.

First she would have to persuade at least three members of the city council to put such a proposal on the ballot. So far she has not asked, and on Wednesday she was the only one to respond to Ray Hilts. (hh)