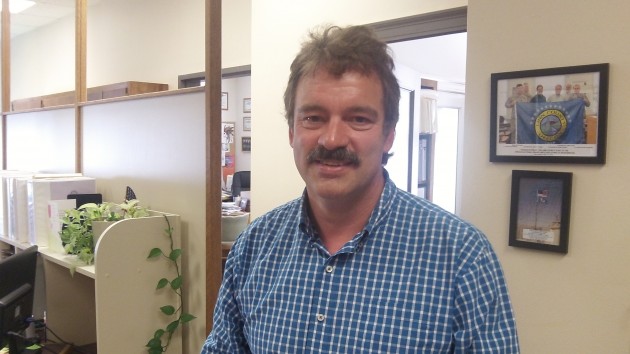 Starting Aug. 12, according to my count, Oregon law will require that private sellers of firearms obtain a criminal background check on the buyers before making the sale. But what if they don’t, and who would know? Well then, not much would happen at least as far as the county government in Linn County is concerned.

On Wednesday, the three members of the Linn County Board of Commissioners adopted a resolution declaring that “Linn County is unable to expend any county resources for the implementation and enforcement of Senate Bill 941.”

Commissioner John Lindsey brought the resolution to the board. He told me Friday that it’s based on a similar statement adopted earlier by the Lane County commissioners in Eugene. The measure was adapted to take out items that referred specifically to Lane County. (Unlike its neighbor to the south, Linn County has adequate funding for law enforcement thanks to the local-option tax levy voters have consistently approved every four or five years.)

The Linn resolution was signed by all three commissioners, Lindsey, Will Tucker and Chairman Roger Nyquist. Among other things it affirms the board’s support for the Second Amendment, and it says SB 941 “contains an unfunded mandate for Linn County government in the form of investigations, enforcement, prosecution and incarceration.”

The resolution asserts that a significant majority of lawfully owned firearms are not used in crimes, while “state and federal lawmakers continue to propose measures aimed at restricting all firearms and ammunition including bans, taxation, extensive waiting periods, registration, licensing and even confiscation.”

The new Oregon law calls for none of those, but Lindsey believes it lays the groundwork for more restrictions to be enacted later on.

The Senate bill was passed on May 14. It took effect upon passage, preventing opponents from trying to refer it to the voters. But its new requirement for background checks in private gun transfers takes effect 90 days from the effective date. (Background checks have been required for years for purchases from dealers and at gun shows.)

Failure to obey the law carries a maximum penalty of one year in jail and a fine of $6,250. Subsequent offenses are punishable by up to 10 years in prison and a $250,000 fine. It’s not clear how law enforcement would ever learn of a violation unless they deployed test buyers trolling the internet for private gun ads. At least in Linn County, county authorities won’t be doing that.

No word on what if anything the state police or city police departments will do about SB 941.