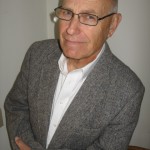 If you thought the political differences between Linn and Benton counties would have diminished by now, the general election would have disabused you of that notion. Just take a look at some of the results.

In the 4th congressional district, Congressman Peter DeFazio won in Benton County over Republican Art Robinson by more than two to one. In Linn County, it was Robinson who came out ahead, though not by that much. Still, Robinson got about 1,700 more votes in Linn than the long-term incumbent Democrat.

Want any more indicators of opposite political leanings? Linn County re-elected two Republican county commissioners, one with no opposition, the other with a huge margin. Benton re-elected two Democratic commissioners, also by big margins. Then there were the ballot measures. On legalizing marijuana, Linn County said no and a majority in Benton said yes. On canceling the corporate kicker tax rebate, thus giving business in Oregon yet another poke in the eye, Linn County said no, but Benton said yes.

There’s a vast number of commercial and personal connections between our two neighboring counties. But in political outlook, the gaps are still huge. (hh)