‘Lights Out’ and other gifts – Hasso Hering

‘Lights Out’ and other gifts 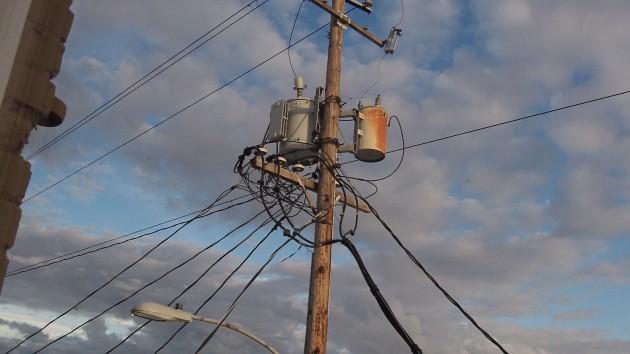 All those wires may be unsightly, but we can’t live without the electricity they bring.

I was having a perfectly calm birthday Thursday until the mail arrived. The mail brought a gift parcel containing books, and once I picked the first one up, there went the rest of the night.

In Oregon we have been reminded lately of our lack of preparedness for the big Cascadia subduction zone earthquake that will destroy much of our infrastructure and leave many people helpless to survive. Ted Koppel is not worried about that. In “Lights out,” the famous broadcaster worries about a cyber attack on America’s power grids instead.

What worries him most is that while the danger has been acknowledged, there are no credible plans to deal with the result. And the result would be catastrophic: No electricity for millions of people for a long, long time.

Our regional power grids, Koppel reports, rely on giant transformers that would take years to rebuild or replace. If they are destroyed by a determined attack using the Internet, large parts of the country including some of our big cities would become unlivable in a matter of days. Evacuation would be the only option, but where would millions of city dwellers go, and where would they be accepted? Koppel cites one estimate that in the affected areas, nine out of 10 people would be dead within a year.

Even though the threat is enormous and its exact dimension unknown, the situation is not hopeless. Koppel recounts the preparations for German bombardment in England, where he, the son of German refugees, lived as an infant during the war. And he admiringly describes the disciplined and organized way in which Mormons today prepare for calamities. This enabled them to respond to Hurricane Katrina, for example, far more quickly and effectively than the government.

Because Koppel is a gifted writer, “Lights Out” is not merely scary. It is a good read as well. Still, by the time I finished it at 1 in the morning, I was delighted that one of the other books in the parcel was Andy Weir’s “The Martian,” which kept me up longer still.

And now that I have started the novel, I won’t need to see the movie because there’s no way it can be even half as engrossing as the book. I’m sure you’ll agree once you read the opening lines. (hh)

4 responses to “‘Lights Out’ and other gifts”