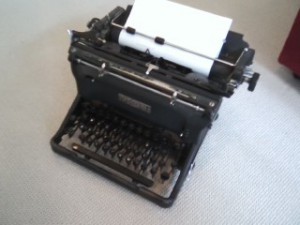 As usual after decisive elections, the commentariat is writing off the losers as headed for the dustbin of history. Chances are the commentators are as wrong this time as they were a few election cycles ago, when they predicted the Republicans would be in charge as far as the eye could see.

Now conservatives are being told they are out in the cold for good — unless they change their opinions on issues from abortion to global warming. People of principle can’t change their opinions just like that. Especially not based on the advice of liberal commentators who misreport what those opinions are and on what they are based.

A writer in the Los Angeles Times, for example, quoted in The Week magazine, claimed that certain zealots had defined the Republican Party as anti-science, anti-feminist, anti-gay and anti-Hispanic. The truth is more complicated. For example, conservatives who value liberty above all else oppose restrictive and expensive energy policies not because they are anti-science but because they believe those policies hurt ordinary citizens and that actual science does not support them. Conservatives are not against gays when they oppose same-sex marriage; instead, they fear cutting our society loose from a long tradition of western civilization, a tradition that gives the individual and the family at least some protection from willful decisions of the state, such as redefining the meaning of words.

The consensus of political journalists now is that this is Liberal America. It may be — until the next big surprise, like 9/11 or some unforeseen upheaval that again changes our course. (hh)

(Any reaction or comments, let me know via emaill, hassohering@gmail.com.)

Comment from Sid Cooper: “The Liberal America point seems to be about the decline of white males in America. If so, the very words ‘liberal’ and ‘conservative’ may no longer be needed. The bicameral political game was “invented” long before we had need of political or race categories, or speculation about their rise and fall.  Standing back and taking a long perspective is sometimes the way to see forward.”