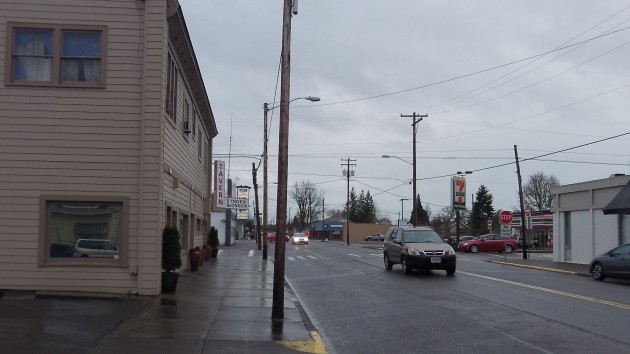 “Streetscape” improvements along Main Street have been suggested for CARA funding. 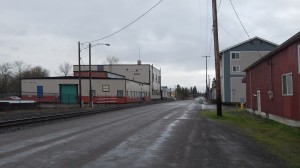 Water Avenue, another candidate for CARA spending on a better streetscape.

CARA, the Albany urban renewal program, is about to take the plunge and decide how to spend up to $3.1 million it planned to borrow this budget year. To help it decide, the city council might look for clues in the online survey it has just concluded. Among the roughly 1,800 people who answered the survey, the city’s exertions on economic development got the second lowest average rating of all city services. Only snow and ice removal ranked lower.
The city can do little about the rare blizzard. But with the millions borrowed and then spent in the downtown renewal district, it could insist on more tangible results in terms of economic gain.

Earlier, the CARA advisory board, which includes the mayor and city council, resolved that it would spend the $3.1 million on “public infrastructure.” This is a good idea if it is tied to concrete or a least plausible development proposals that add to the city’s economy and tax base. So far the outlook for success in that department looks not so hot.

On Wednesday (Feb. 19, 2014), the CARA advisory board will review six potential projects, all taken, as they must be, from the long list of possible CARA projects adopted when the district was formed in 2001. These six were suggested by Kate Porsche, the economic development and urban renewal director.

Now all of these things are fun to contemplate. And if they were built, they would be nice to have. The question is whether there is any realistic prospect that any of them would lead to a significant boost in economic activity, meaning private owners spending money to build things, hire employees and attract customers. If that’s not likely, maybe the money should be spent in other ways, more likely to get results. (hh)