Legal pot: You’ll have to wait 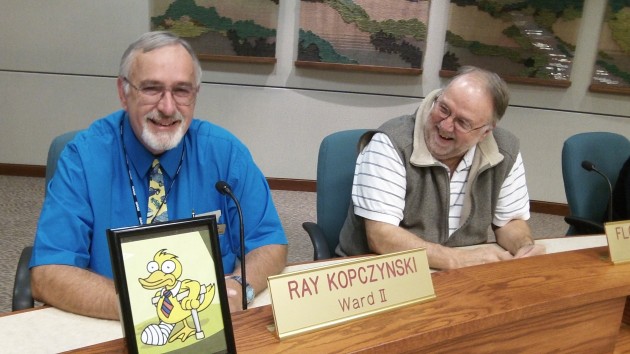 So, based on the approval of Ballot Measure 92, recreational marijuana is legal in Oregon, right? Not so fast, the Albany City Council was reminded Wednesday. Recreational pot smokers will have to wait a while before they can’t be touched by the law.

The Oregon Liquor Control Commission will be in charge of the main aspects of the new Oregon marijuana industry. Helpfully, it pointed out that the new law won’t take effect until July 15, 2015. After that, the OLCC said, “an individual can possess up to eight ounces of marijuana per residence and can home grow of up to four plants per residence  in Oregon.”

Just when the first licensed marijuana stores will be able to open up is not clear, but Measure 91 requires the OLCC to begin accepting license applications no later than Jan. 4, 2016. Meanwhile, Albany and other cities will have to see whether their newly passed 10 percent sales taxes on recreational marijuana will stand up. It’s hard to see how they can, considering that the measure itself prohibits such local taxes.

But the initiative also contains other sections on local regulations. One allows citizens to initiate a local — city or county — ban on licensed marijuana stores. Ten percent of the voters in a jurisdiction can launch such an effort by signing a petition. Considering how hard three members of the Albany council tried to enact a one-year ban on medical pot dispensaries, it would be no big surprise if they or someone else tried to ban recreational pot stores in Albany or Linn County by going the initiative route. Some 52 percent of Linn County voters opposed Measure 91, so a local ban would seem possible.

The Albany City Council on Wednesday passed an ordinance that limits where licensed marijuana stores could open up. Stores would be limited to the same zones where Albany allows medical marijuana dispensaries. Also, licensed stores would have to be the same distance as dispensaries away from residential zones. In contrast to the earlier marijuana votes, this ordinance passed with all six councilors voting yes.

Also Wednesday, Councilor Ray Kopczynski brought a picture of a “lame duck” and said his new four-year term, starting in January, would be his last. He has served since he was appointed in August 2011. (hh)