Left out of the climate summit 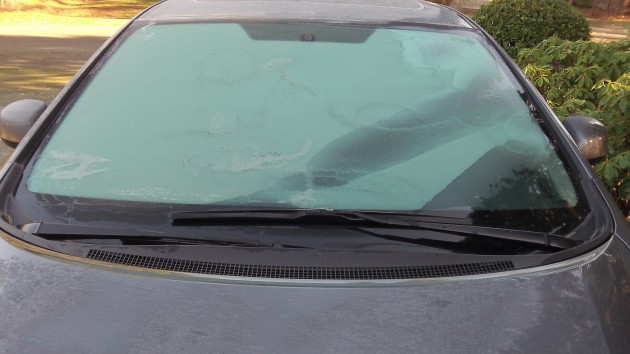 The windshield was iced over, global warming notwithstanding.

They didn’t invite me to the big climate-change summit in Paris, which is just as well because I’m stuck here with an iced-over windshield. I could run the engine long enough to get warm and let the defroster take care of this, but then I’d be adding a load of carbon dioxide to the atmosphere without going anywhere at all.

Anyway, because they didn’t invite me they’ll have to do without my input. In Paris, leaders from around the world and their environmental advisers hope to reach a binding agreement on cutting way back on carbon dioxide emissions. They are convinced that CO2 is the major reason why the globe has been getting a little warmer and the climate in some parts of the world is changing a bit. Couldn’t have anything to do with the world’s continued emergence from the last ice age now, could it? Or the simple fact that in my lifetime, the world’s population of human beings has more than doubled, with a quite obvious and inevitable effect on the natural world. (All those added people insisting on breathing in and out day and night– imagine the additional CO2 from that alone.)

So in Paris they are bent on shutting down our least expensive and most plentiful form of fossil energy, coal, and cutting back on oil and gas as well. On the one hand, the political class bemoans the increasing gulf between the rich and the rest of us, and in the next breath they make sure the gulf gets deeper and lasts forever.

It probably won’t be long before policies advocated by the environmental elite will reduce most of us to living in conditions like those of a century ago. No more energy-using luxuries or conveniences except for people making millions. Most other people won’t be able to afford electricity or fuel or natural gas. If you want heat, gather wood and find yourself an old stove. Want to go to town for supplies? Take the bus if you can’t afford a horse.

Or, take your bike. And that, come to think of it, wouldn’t be a bad idea regardless of whatever Obama and the other climate gurus cook up and try to force on the rest of us. More official and tangible encouragement of bicycling for transportation and leisure travel, thus reducing the use of fossil fuels worldwide — that’s what I would have recommend to the climate summit in Paris. But they didn’t ask. (hh)


12 responses to “Left out of the climate summit”