Lawmakers labor over weed; why? 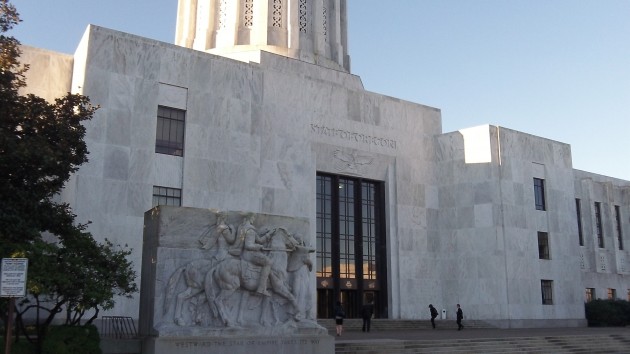 A Senate committee is now working on a marijuana bill that no one needs.

Nobody asked them, but Oregon legislators nevertheless want to change the law on marijuana. Mainly they want to construct an elaborate system of regulation and control. Apparently that would be on top of the regulations and tax system Measure 91 obliges the Oregon Liquor Control Commission to set up.

A joint House-Senate committee working on the weed issue gave up a few days ago when it could not agree on a plan to allow local governments to ban pot shops. Now the Senate has formed its own committee “to implement” Measure 91, even though the measure requires no additional laws.

The committee is considering Senate Bill 964. The first part of that bill has nothing to do with Measure 91. Instead, it “makes changes to (the) Oregon Medical Marijuana Act, including limiting (the) amount of plants that may be grown at addresses where marijuana grow sites are located and requiring registration of marijuana processing sites.” This is an attempt to control marijuana plantations that grow far more than their supposed medical clients can use and then sell the surplus across the country.

Further, the bill would allow cities and counties to prohibit “marijuana processing sites” as well as medical marijuana dispensaries. This part also allows city and county voters to vote on local measures on whether processing sites or dispensaries are allowed — as though the legislature can add or subtract to the constitutional right of the people to initiate or refer local ordinances.

In addition, the bill “provides for testing of all marijuana items in this state and requires laboratories that conduct testing to be licensed by the Oregon Health Authority.” And it “imposes requirements for labeling and packaging of all marijuana items.” Talk about covering everything with a heavy banket of government regulation and enforcement. What happened to the basic idea of decriminalizing a simple plant and letting people use it the way they want?

The bill seems superfluous or at least premature. Measure 91 was specific in allowing the private growing and use of marijuana and in calling for a system of licensing and taxing commercial marijuana operations. The liquor commission is supposed to set that up and has been working on it. The legislature should quit interfering and let the commission do its job. (hh)


3 responses to “Lawmakers labor over weed; why?”