Just another day on the riverfront 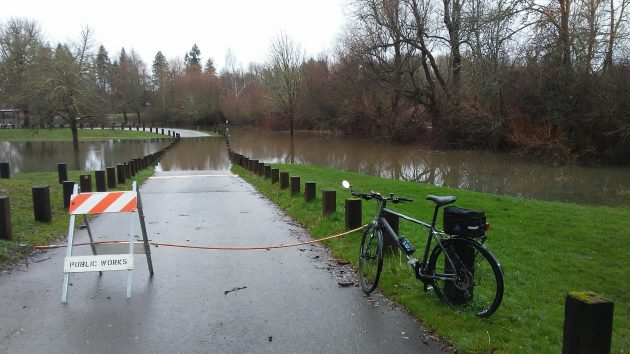 What did this afternoon’s bike ride in the rain along Albany’s riverfront yield? No sensations, obviously. Just images. Like this one, showing that high water has returned to the low spots in Bryant Park.

So far this winter there has been no serious flooding along the riverfront. But it’s early yet, and the parks department is prepared. They have rolled up the fences on the Bryant Park softball fields, presumably so they don’t act like nets for floating debris when the whole park is under water.

And at Jackson Street and Water Avenue, a paving crew was almost finished putting new bricks on the intersection. The old bricks had been taken up in excavating the trench for the new wastewater pipe along Water. 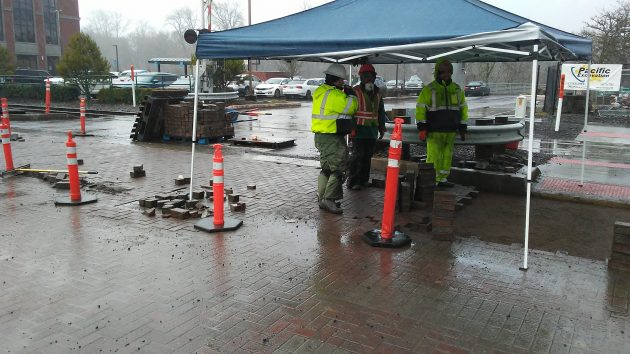 The same brick treatment at Hill and Water, almost brand new, also had to yield to the excavation. But there the restoration with new brick is already finished.

And of course at Bowman Park, no boating at the floating dock. 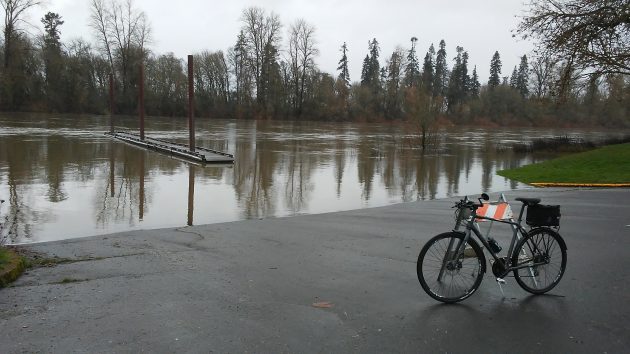 Just another winter’s day on the riverfront —  hard work in the rain for some people, and for me a nice ride trying out new fenders on my bike. Raj at Bike’n’Hike put them on, and they work fine. (hh)


One response to “Just another day on the riverfront”