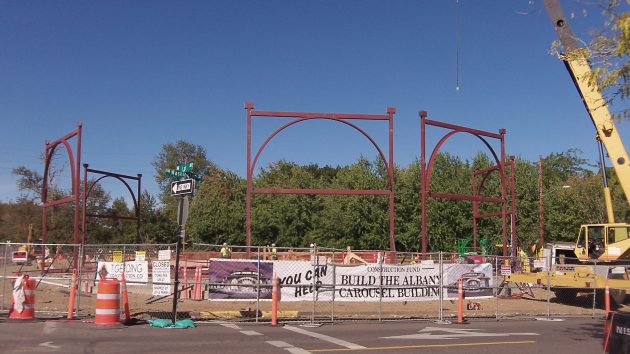 The carousel site looked like this on Thursday morning.

It was possible today to begin to see the outline of the new home of the Albany Carousel, and guess what — it matches the artist’s rendering that everybody has been looking at for a couple of years. 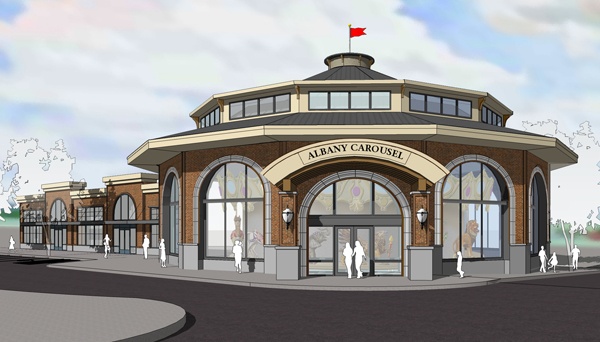 As the artwork showed, the building is to have huge arched windows. And they kind of look like the steel framework now being installed.

The carousel building is going up at First Avenue and Washington Street. When it’s completed, its main attraction will be the carved creatures going around on the 1909 Dentzel Carousel Corporation mechanism which the museum organization acquired and has worked to restore for about the last 10 years.

Gerding Builders is the general contractor for the $5 million-plus construction project. Last I heard, the project was to be finished toward the end of 2017. So far it looks like they’re making good progress.

For more on the carousel project and the organization, temporarily based at Two Rivers Market, check http://albanycarousel.com. (hh)


2 responses to “It’s beginning to look like the plan”