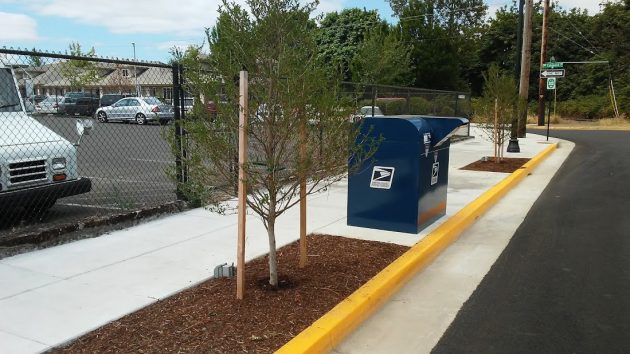 This is not the kind of breaking news that in the old days might have stopped the press, but from the standpoint of convenience it’s a big deal: The drive-up drop box outside the Albany Post Office on First Avenue has been restored.

Not only that, but the Postal Service came up with a brand-new box to replace the one that was there until it was taken out last winter because the sidewalk was being rebuilt as part of the downtown streetscape project. The old one had been in place for many years and showed it.

A few weeks ago, in May, when I asked her about it, newly installed Postmaster Pamela Moody told me she would have to review the situation before deciding whether to replace the box. Evidently the review took place and concluded there would be no problem with putting a new box in the same spot as before.

For Albany area residents who still mail letters — and evidently there are a few of those, including me — having that drive-up service restored is a welcome development. Maybe it’s not as momentous a development as the Albany Carousel across the street (now set to open Aug.15, according to a report by Jennifer Moody in Friday’s D-H). But more practical for sure. (hh) 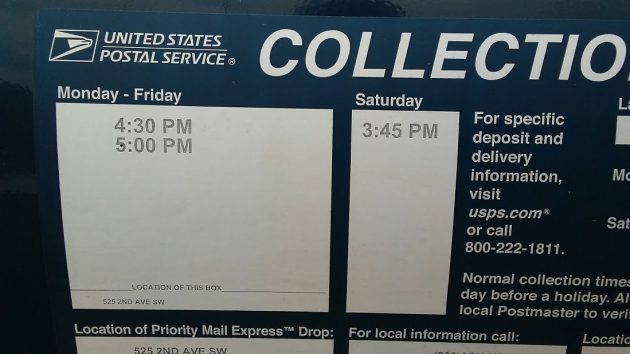 
3 responses to “It’s back! Postal convenience!”