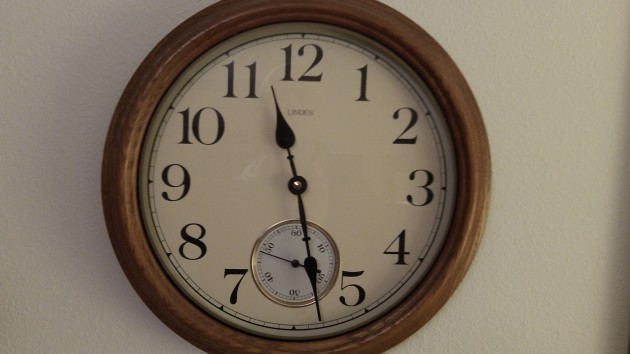 Once again we have undergone the ridiculous rigmarole of a time change. (If you read this after 2 on Sunday morning, that is. And in case you forgot, it’s an hour later this morning than you think.)
As has been pointed out — by me, twice a year — the change no longer makes any kind of sense. It may not be the dumbest thing we do — not as dumb, say, as spending hours on Facebook looking at what other people had for dinner — but it’s still pretty pointless. And unfortunately it also leaves a number of us, unhappily governed as we are by internal clocks, disoriented for a few days.

Nobody’s use of electricity or heat these days depends on whether it’s light outside or dark. So there’s no possible energy “saving” from moving the clock ahead an hour, the original justification a century ago.

Hawaii and most of Arizona have the good sense to ignore daylight saving time. And they seem to flourish just the same. You’d think Oregon and our West Coast neighbors would get the hint.

Today, the only good thing about the time change is that it gives us another hour of daylight toward evening. But with the chance of rain near 100 percent, what good is that?

We could end this back and forth with the time if the legislature said so. Too bad they just adjourned after, once again, neglecting this necessary and useful task.

Here’s the frightening part: Nobody blames anyone for this. We just accept it, despite the enormity of the thing. Suppose Congress told us that in order to save energy and stop global warming, we’ll shorten the week so that Sunday is immediately followed by Tuesday. Would we be our usual sheep-like selves and accept that too? (hh)