It only looked smoggy 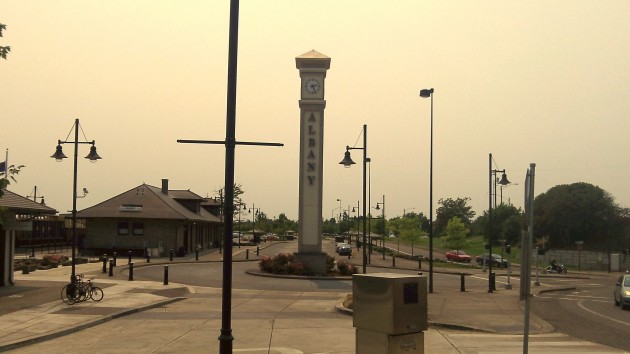 The view west across Albany Station on the afternoon of Aug. 4.

Where were we on Monday afternoon? No, it wasn’t the San Fernando Valley on a smoggy day, even though that’s the way it might have looked. 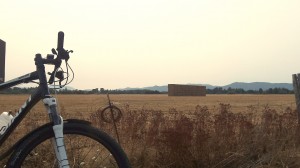 And it wasn’t smog either. The National Weather Service reported no significant ozone concentrations, and for today it forecast zero smoke near the ground.

In Eugene, the Lane Regional Air Pollution Authority blamed “smoke intrusions” from various wildfires for the hazy sky, but it said air quality near the ground remained good. The wind was more or less from the west, but big fires have been far to the south and southeast. So that smoke high up in the air had quite a circuitous trip.

In the mid-valley, we haven’t had to  think much about smoke in the air since the legislature virtually ended field burning a few years ago. But when it was still allowed, burning was usually done in advance of a strong storm front that carried the smoke up and away and the sky never looked as uniformly murky as it did Monday.

The Lane County air pollution people thought hazy conditions might last a few more days. But this morning, the sky looked almost blue, the way it should on a cloudless August day. (hh)

UPDATE: That last sentence proved not to be true for long. By early afternoon it was nearly as hazy as the day before.