Invite Latinos to join ‘Night Out’ 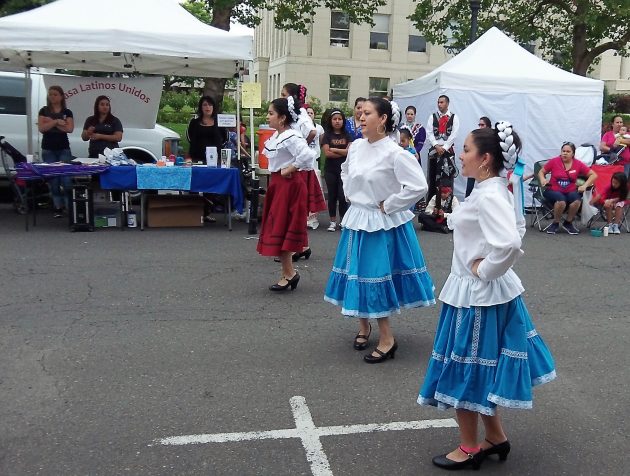 Dancers perform at the Albany farmers’ market on Fourth Avenue on July 16.

“National Night Out” is coming up in a couple of weeks. And when people in various neighborhoods get together for the usual block parties and such, it will be good if the activities draw participation from everybody including Albany’s Latinos.

I’ve been reading — when temporarily running out of other things to read — the minutes of the monthly meetings of the Albany Human Relations Commission. One of the recurring themes is the need for more inclusion in the community of, and participation by, people of Hispanic descent.

As was the case at the Albany farmers’ market last Saturday, the public occasionally gets treated to cultural events featuring Albany’s largest ethnic or cultural minority. (Latinos make up around 13 percent of the city’s inhabitants, according to the latest census estimates I could find online.) And just about everybody in town is in touch with Latinos almost every day — in stores, restaurants and so forth. Yet it’s hard to avoid the impression that there’s an invisible barrier, a language barrier if nothing else.

Besides the city’s human relations commission, there’s also the Linn-Benton Hispanic Advisory Committee. Both groups had a joint meeting in May. One of the members of the latter group asked whether the fire department’s Alfredo Mendez, recently hired as deputy fire marshal, could attend advisory committee meetings so that “Latinos gain an understanding that the department is there to protect them and not to harass them.”

I’m not aware of any way in which the fire department could or would harass anyone, let alone Latinos. But the comment illustrates the problem.

Somebody had suggested at a previous meeting that Albany issue city identification cards to residents who can’t get the traditional forms of ID most of us carry around. The minutes from May suggest nothing had been done on that front, and it may indeed be an impractical idea. But a member of the advisory committee was quoted “that if they had an identification card at least they would feel like they are welcomed.”

Welcoming neighbors is one of the functions of National Night Out, when according to a story in the city’s June newsletter America is asked to “stand together to promote awareness, safety and neighborhood unity.” Specifically, people in neighborhoods are encouraged — from about 5:30 to 8 p.m. on Aug. 2 — to “lock their doors, turn on outside lights, and spend the evening outside with neighbors and police.” (To get the police to visit, you were supposed to register your event, and the deadline for that was July 15.)

Immigration is at the center of political arguments nationwide, but it need not cloud relations among residents of the same small town. So if you’re in one of the neighborhoods doing something on that night — a block party, for instance, or a potluck meal — see if there are any residents nearby who might be reluctant to join in but who would if they were asked. (hh) 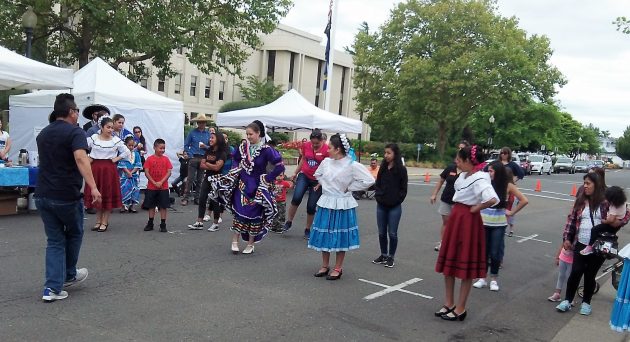 There was some instruction and audience participation as well last Saturday.


4 responses to “Invite Latinos to join ‘Night Out’”