Infringing a right: What happens next? 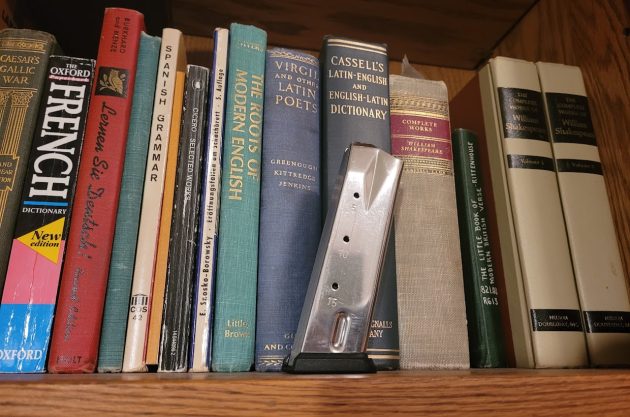 This is the kind of ammunition magazine that Measure 114 purports to prohibit, with exceptions.

Now that a majority of Oregon voters has approved Measure 114 to infringe a civil right that the federal Constitution says shall not be infringed, I’m curious to see what happens next.

In Linn County, 70 percent of voters in the general election realized the problems with this measure and voted against it. In Benton County, 60 percent voted the other way.

One problem is this: The measure requires citizens to obtain government permission — a permit for which a fee will be charged — to exercise their constitutional right to arm themselves. It’s like having to get a permit to exercise the right to free speech.

The federal courts will have to deal with this problem in light of decisions by the Supreme Court.

Before we get there, though, someone will have to figure out the mechanics for obtaining and issuing such permits, which the measure says must be done by local police.

The initiative takes effect 30 days from when it passed on Tuesday. Will sheriffs and police departments in Albany or Corvallis, or anywhere, be ready to issue gun-buying permits on Dec. 8? It’s unlikely.

If not, will purchases of firearms effectively be banned from that date until the agencies get their  processes figured out?

Then there’s the matter of ammunition magazines. The measure says they can’t hold more than 10 rounds, and any magazines capable of holding more than 10 are prohibited except for people already owning them, and these people can’t use the magazines except in limited circumstances.

Linn County Sheriff Michelle Duncan, fresh from being confirmed in office by the voters, issued a statement saying the sheriff’s office would not enforce the magazine prohibition.

Of course not. What is there to enforce?

What would enforcement look like? Stopping people known to have concealed-handgun licenses and giving them a ticket if they have a gun on them and if the magazine it came with is inserted in it? That would be ridiculous even if it was possible or legal, which it is not.

The supporters of this initiative probably believe the campaign’s claim that it will save lives. No one can be sure of that.

What we can be certain of is that this new law will cost money, in the price of getting individual permits to buy firearms, and in the public cost of carrying out the permit function and the litigation that is sure to come. (hh) 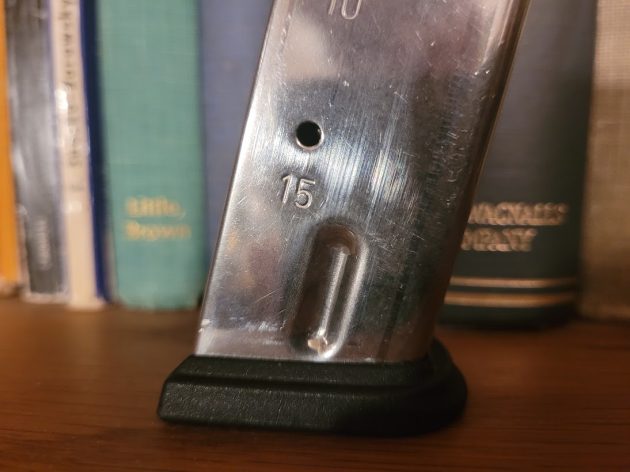 The 15-round capacity of this magazine is what Measure 114 says is the problem.


51 responses to “Infringing a right: What happens next?”