Infrastructure bonanza: What about streets? 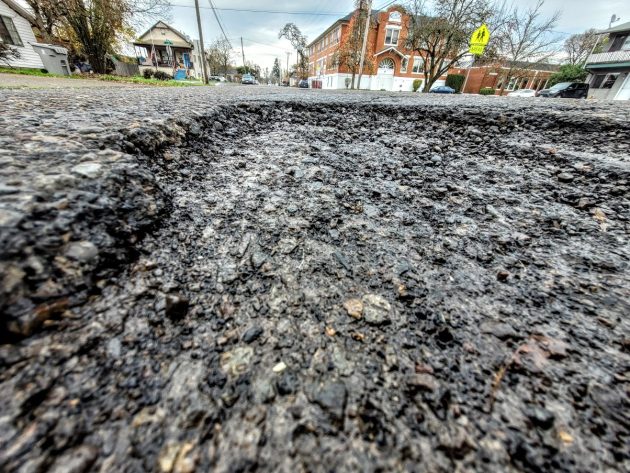 A ground-level view of a pothole on Madison Street, one of many Albany streets that have been falling apart for years.

One segment of Albany’s infrastructure that needs help is the city streets, and the question is: Are they going to get it from the trillion-dollar “Infrastructure Investment and Jobs Act” that Biden and Democrats in Congress have turned into law?

The answer is: Not likely, at least not according to the breakdown sent out by Congressman Peter DeFazio, D-4th District, one of the architects of the bill.

He says that Oregon will receive the following amounts, and as near as I can tell, repaving streets doesn’t fit.

♦ $3.4 billion for highway programs and projects. Nothing about local streets.

♦ $268 million for bridge replacements and repairs. That doesn’t apply to streets either.

♦ $529 million to ensure clean drinking water. Albany has clean drinking water, but possibly a little of that cash could pay for replacing aging water lines faster than already planned, thus paying for repaving old streets after they they are dug up for new pipes.

♦ $39 million to protect against wildfires.

While the dollar amounts sound impressive, they will be spread over a number of years and many potential projects. They will also increase the costs of each because anything built with the money has to use only American-produced construction materials including iron and steel.

The amount set aside for bridge replacements could easily be entirely consumed by the attempt to replace the Interstate Bridge in Portland.

It would be a surprise — at least to me —  if Albany and the mid-valley saw any beneficial effect of this law on our infrastructure (especially streets) any time soon, or at all. (hh) 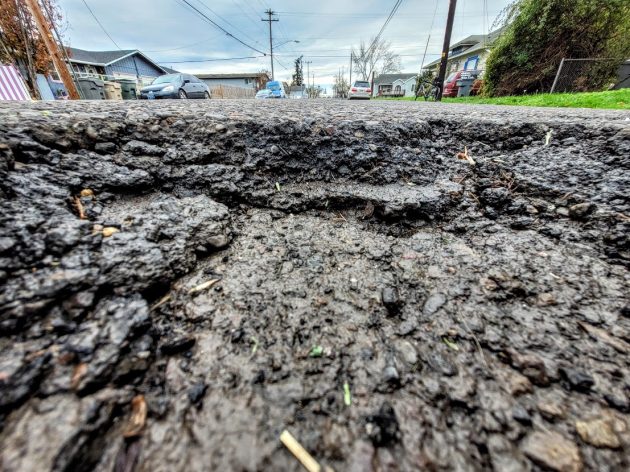 And another hole in the pavement of Madison, a pothole alley. 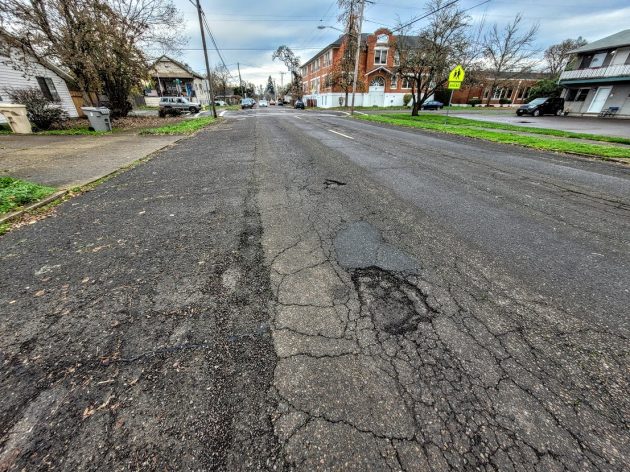 And to be fair, an overhead view of the Madison potholes shown close up above.


30 responses to “Infrastructure bonanza: What about streets?”