Independence: What if not? 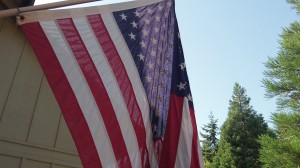 As we celebrate the Fourth of July, let’s also speculate a bit.

It may not be altogether pointless to speculate about some of the twists and turns that history could have taken, other than the ones it actually took. Independence Day makes for an especially tempting date for such an exercise.

I have a book titled “What If?” in which historians and others try to answer questions such as: What if Pontius Pilate had spared Jesus? What if the Chinese had “discovered” the New World? And what if Teddy Roosevelt had been elected president in 1912 instead of Woodrow Wilson and thus could have prevented or brokered an early end to World War I, the way he settled the Russo-Japanese War in 1905?

So, on July 4, what if the American colonies had not declared independence, or what if General Washington had eventually failed to win the Revolutionary War? For one thing, the country would have been spared the Civil War as Britain had outlawed slavery nearly 30 years before. Jefferson would have been in no position to buy Louisiana. Or Britain might have just taken it after the allies defeated Bonaparte in Europe. California would almost certainly be part of a greater Mexico today, and the rest of the continent likely would be united with Canada.

Every country has its problems, but think of this: Without independence, we would not have to worry about Obamacare because health care would have been taken care of long ago. (hh)