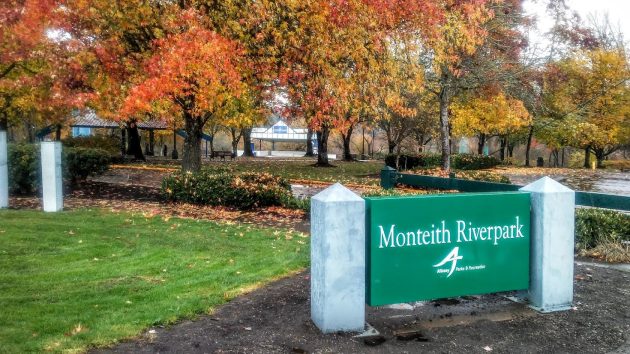 Monteith Riverpark, shown in November 2020, is one of the places to be renovated in the Albany waterfront project.

Albany’s urban renewal program has been working on plans for redoing the Willamette riverfront for about three years. Now the city is getting ready to take the next step toward carrying out the plans.

On Wednesday the city council, acting as the Albany Revitalization Agency or ARA, will act on a staff request to spend an additional $620,433 on the contract the city has with the Portland planning and design firm of Walker Macy.

The original contract with Walker Macy, approved in 2019, was for just under $2.4 million. It called for the consultants to develop designs for what the city calls the Waterfront Project, up to and including engineering work and construction plans. Change orders that did not need council approval have since raised the contract amount to about $2.5 million.

The increase now being requested would cover payments to the consultants for “bidding and construction services.”

As designed so far, the entire project calls for changes in Monteith Riverpark, including a new stage and the addition of a water-play feature for children, as well as street improvements on Water Avenue from Washington to Main streets, plus some work along the Dave Clark Path.

The overcall concept of enhancing the riverfront won approval years ago from the advisory board (including the city council) of the CARA urban renewal district. But this year the plan has gotten pushback from veteran Councilman Dick Olsen and Matilda Novak, elected in 2020.

Olsen wants CARA’s remaining spending authority spent on other projects, and Novak has pushed for reconvening the CARA advisory board to take a new look at priorities.

Whether they will make their points again Wednesday, and whether they get anywhere, we will have to wait and see. (hh) 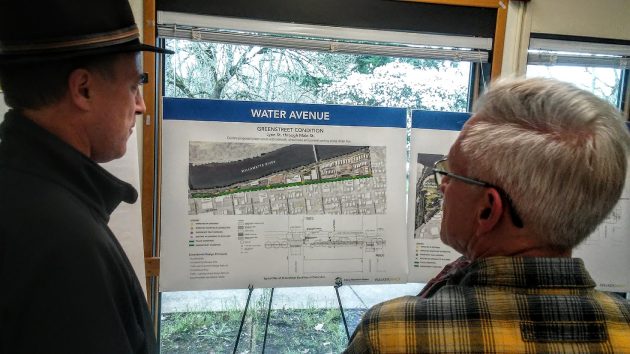 This is from an open house on the riverfront project in May 2020.