Immigration reform: Not so fast 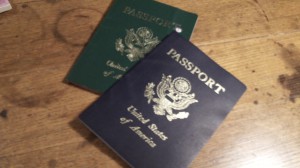 One question: If we have lived with illegal immigration and its consequences for 40 or 50 years, what makes dealing with it so urgent now? But let’s look at the details.

An estimated 11 million illegal immigrants are believed to be in the United States. Most work and most pay at least some taxes. The number of people arrested for illegally crossing from the Mexican side of the border last fiscal year was 356,873. The Border Patrol says the number was below the long-term average. So illegal entry may have slowed, but it’s still going on in very large numbers.

Obama and some senators now have announced different plans. They involve letting undocumented immigrants become citizens eventually if they learn English and meet other conditions; securing the border (though Obama says this has already been done); cracking down on employers hiring illegal immigrants, and admitting more high-tech workers from abroad. The senators also want a farm worker program, but Obama doesn’t. Obama does want a provision allowing former illegals to bring their relatives.

Each one of these points stirs up serious disagreements. Why, for example, import more high-tech workers at the disadvantage of Americans in those fields? Employers want it, sure, but what employers want is not necessarily good for citizens or the country. In the proposed path to citizenship, illegals would have to go to the back of the line behind legal applicants. So that 11 million, the number of illegals, apparently would not be reduced for quite a while. And the crackdown on employers would make the United States even more of a bureaucracy tied down with red tape than it already is.

The upshot? Immigration reform may turn out to be another step in lessening the freedom for which this country used to be known. (hh)