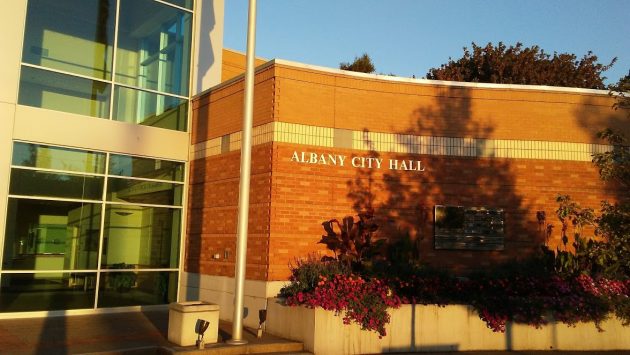 Following an “executive session” closed to the public, the Albany City Council has softened a couple of tough new laws aimed at vagrants camping on public property.

In March the council passed laws banning unauthorized camping on public property and establishing an “exclusion zone” from which people could be banned for up to a year if they had been convicted of various offenses, including overnight camping, three times over six months.

Last week, though, a panel of the Ninth Circuit Court of Appeals ruled that an Idaho city’s penalties for sleeping on public property amounted to cruel and unusual punishment and were therefore unconstitutional.

The decision affects all western states in the Ninth Circuit unless and until it is appealed and overturned. Albany City Attorney Sean Kidd told the council Wednesday that Albany could comply with the ruling by reducing the camping offense in its new anti-vagrancy statutes from misdemeanors to mere violations.

Misdemeanors can carry stiff fines and even jail terms. For violations, the maximum fine is $100, and usually it’s much less. Presumably then, the penalty for sleeping in a park or on the sidewalk can no longer be deemed cruel and unusual.

The exclusion ordinance was most controversial and passed over the strong objections of advocates for the homeless. Since it took effect in March, no one has actually been excluded but the city attorney said he’s getting ready to file three cases seeking exclusion orders with the municipal court.

The council acted to amend both ordinances after coming out of an executive session from which the public, as usual, was barred. Two reporters (Jennifer Moody of the Democrat-Herald and I) sat in under ground rules prohibiting reporting on the substance of the discussion.

The closed meeting was called under an exception in the public-meetings law to discuss pending or likely litigation. But in this case it also included the deliberation about legislation, the amendments the council then swiftly adopted, 5-1, without further debate. (The no vote was Rich Kellum’s.)

The Albany council has a tendency to go into executive sessions for matters that could just as well be handled in public meetings without jeopardizing the public interest in the least. This was once again the case on Wednesday night. (hh)