If the Big One hits in winter 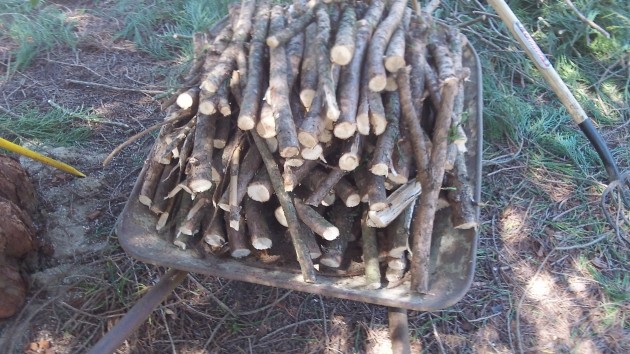 This little pile of redwood sticks in a wheelbarrow doesn’t look like much. But with the Big One in mind, I thought I’d better not throw away all the wood I was cutting out of a little sequoia in front of the house.

For 20 years or more, we’ve been warned of the massive earthquakes that strike the Northwest coast every few hundred years. We’ve been told there’s a reasonable chance that the next one could happen any time.

In July the New Yorker magazine warmed up this old story, suggesting that the Northwest is still not prepared. The articles predicted that when the Big One hits, Seattle will crumble and everything west of I-5 in Oregon and Washington will be toast.

In response, OSU and others have once again hauled out the standard advice: Make sure your water heater is secured to the wall so it won’t fall over and break the gas pipe feeding it; have the house bolted to its foundation; practice escaping to high ground on the coast before the tsunami arrives; and generally be prepared to survive about a month or so because it might take that long for help to arrive.

In practice, at least in the countryside and small towns, that means having a big supply of water and a bunch of canned food stored where you can reach it. (What residents of apartments and high-rises are supposed to do I have no idea.) In case the roads become impassable or gas pumps don’t work because there’s no power, I think a mountain bike would come in handy. And then there are batteries for the radio, first-aid kits, a 90-day supply of any important medication, and so forth.

If the quake hits in the winter and knocks out the utilities, there’s the question of heat. And that’s where some extra firewood could prove useful if you have a fireplace or a wood-burning stove. This little pile might last for only a couple of hours, but that might be enough time to figure something out. That’s why, instead of hauling it to Coffin Butte with the rest of the load that cost $17.50 to dump, I thought I would add it to the supply of potential heat already stored in the shed. (hh)


2 responses to “If the Big One hits in winter”