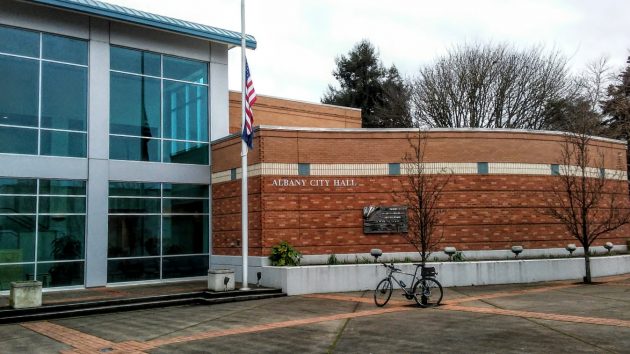 The Albany City Council has settled on a new job description for its Human Relations Commission. But while the language is high on principles, it is short on details.

The advisory commission blew up in disagreement in 2020 but has been reconstituted this year with newly appointed members.

A committee of three councilors and three commission members, picked by Mayor Alex Johnson II, drafted an amendment to the city ordinance that created the panel.

Councilors Bessie Johnson and Matilda Novak (not members of the drafting committee) were skeptical, but the other four council members agreed with the mayor at Monday’s work session to have the new language come up for action Wednesday night.

The draft says this is the purpose of the commission: “To foster a city that is stable, safe, and just.” Also, “to strengthen and celebrate every resident of Albany by being committed to the philosophy of acceptance, inclusion, equal opportunity, accessibility, dignity, and fair treatment for all.”

You’d think inclusion of “all” would cover everybody. But the draft says it means “inclusion of individuals with different backgrounds including but not limited to race, color, religion, sex, sexual orientation, national origin, mental status, age, ability, socioeconomic background.”

Councilor Stacy Bartholomew, one of the drafters, said “gender expression” should not have been left out.

And what is the commission supposed to do? “Recommend and promote activities, programs, expenditures, and other appropriate governmental activities that will serve to maintain respectful interactions within Albany.”

Further, the panel “will work to ensure that marginalized and underrepresented people and communities in Albany have equal access to city programs and services, and representation in city decision making.”

And finally, the commission “will address concerns and complaints about discrimination through education and available community resources.”

Councilwoman Johnson had doubts about all that, especially about what it would end up costing in money and staff time. She called it a “social vehicle” and said, “I don’t believe the city is the right garage.”

She also said that if she had the votes, she would table the whole thing. But she doesn’t, and so at least four council members are going to pass this language into law. (hh)