How to save local commerce? 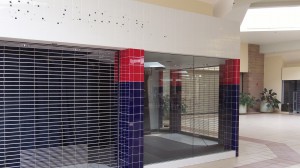 Filling these vacant spaces is in the public interest too.

In Albany, the new manager of Heritage Mall told the local paper she is confident she can recruit enough stores to fill 90 percent of the mall within a year. Every resident of the mid-valley has reason to wish her well and to hope that she meets or exceeds this goal. There are far too many shuttered shops in this regional mall now, and for reasons of the economy and convenience, shoppers would like to see those spaces filled.

I don’t know all the reasons why so many retail spaces are vacant, not just in the mall but generally. Surely much of it has to do with the shape of the Oregon economy. But some of it also probably results from changed shopping habits. A good deal of shopping now goes on via the Internet, with Amazon and other online retailers. Customers apparently like the convenience, even though they can’t handle the merchandise before paying for it, and even though they have to wait a few days before they get what they paid for. But let’s not forget the effects of this on the local economy, including public services.

Online retailers don’t hire local employees; they pay no local wages or taxes. They contribute nothing to the support of the police, the fire department, the library or the schools. Instead, they indirectly contribute to the local jobless rate and to the number of vacant stores. I don’t expect consumers to change their behavior based on what promotes the public good. But if we kill local commerce and its contribution to public life, what will take its place? (hh)