How to get cleaner streets – Hasso Hering

How to get cleaner streets 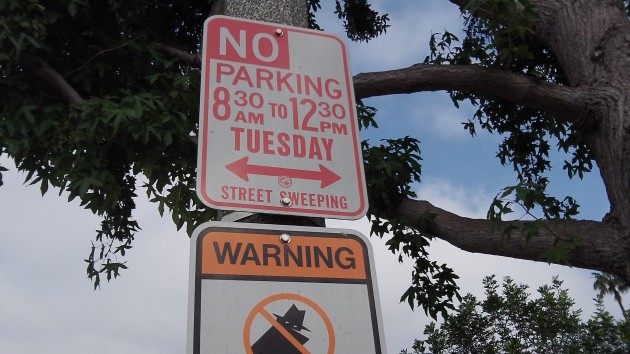 You had better not park here on Tuesday mornings.

NEWPORT BEACH, CA — Once a month or so in Albany, a truck comes around to sweep the streets and especially the gutters. But it can’t do its job thoroughly because parked cars are in the way. So, slalom-like, the truck weaves in and out of the parking lane, leaving debris where cars are parked. This could easily be fixed if only the city wanted it fixed.

Here in Newport Beach, they don’t have this problem. Signs remind people that parking on the curb is banned during certain hours of the week so that street cleaning can take place. Note that this is done weekly, but that’s because it’s a bigger place with more people and presumably way more money than a little town in Oregon has. But what it also has is clean streets.

It’s not as though parking is easier to find here. In fact it’s harder because off-street spaces are not as plentiful as they should be for a densely populated place. So residents and visitors put up with a little additional inconvenience in order to make sure the streets are properly and regularly cleaned.

In Albany, meanwhile, some of the money spent on street sweeping continues to be wasted because on-street parking makes it impossible to do the job right. (hh)

8 responses to “How to get cleaner streets”