How the ivory bill would hurt 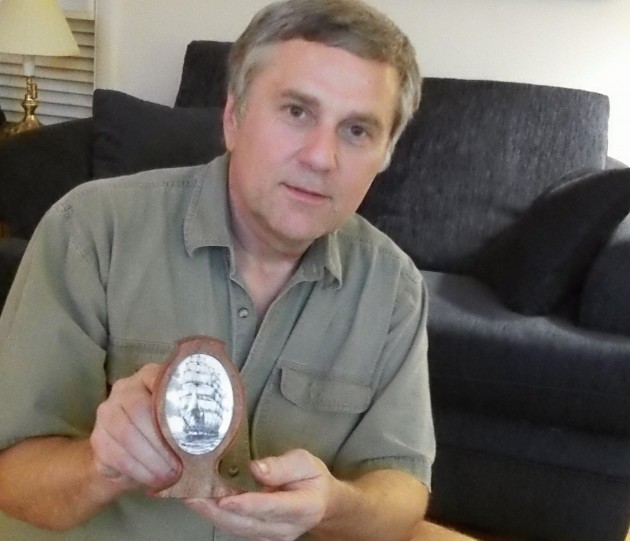 Kenn Holmes with one of the countless pieces of scrimshaw he has carved on legal ivory.

Wednesday’s hearing on the ivory bill before the Oregon House Judiciary Committee generated so much testimony that the panel postponed action and scheduled another work session for May 27. Among all the submissions, the most compelling I saw came from Albany resident Kenn Holmes.

Senate Bill 913, already passed by the Senate, would ban “trafficking in animal parts,” and by “parts” it means ivory from elephants and extinct mammoths, as well as rhinoceros horns.

The committee heard from supporters of the bill including the Humane Society of the United States, the Oregon Zoo, an OSU professor and others who all stressed how important it is to protect African elephants from poachers. No one disagrees that killing elephants for their tusks is evil, but none of the bill’s supporters offered any concrete information on how banning the sale of ancient or legally imported ivory in Oregon would deter a single poacher.

Concrete evidence on how the bill would hurt some people in Oregon by robbing them of their property and income came from Holmes. He told the committee he has worked at National Frozen Foods for 40 years and has been a scrimshaw engraver since being introduced to this art form in 1977, when he was going to Oregon State. At first he used ivory supplied by the national park systems of South Africa, Botswana and Zimbabwe. In 1989, the United States banned ivory imports, and Holmes told the committee he “started using mammoth ivory as a legal replacement and accumulated many pieces.”

His written testimony went on: “My art went on hold to take care of my parents for the next many years… Art had to be put off till I retired. Now with that goal in sight you are considering a symbolic bill that would make my forty years of skill in this art form mute and my work past, present and future illegal and valueless. I cannot tell you how devastating this is to me.”

Holmes showed the committee a newspaper story illustrating his work, mostly engravings of historic sailing vessels built on the West Coast. “I am now placed in the position of losing any income from my work, even work on prehistoric ivory completed years ago… Never would I have believed I could be branded a ‘trafficker’ and criminal for pursuing my art, and never in Oregon when I have always made sure my ivory was compatible with my ethics on conservation, obeyed the law and stopped buying elephant ivory nearly 30 years ago in favor of an extinct plentiful replacement.”

On Thursday Holmes told me a little about his work and showed me some of the pieces he has engraved. I was impressed by how much detail he could reproduce in the tiny space of a piece of ivory. And as far as I could tell, he would be unable to sell any of this work under the provisions of SB 913.

If members of the House majority follow the Senate’s lead and pass the bill as it now reads, it won’t be the first time legislators have made criminals out of law-abiding taxpayers or taken their property without compensation. But this is not a history of which legislators should be proud. (hh)


4 responses to “How the ivory bill would hurt”