How about more city taxes? 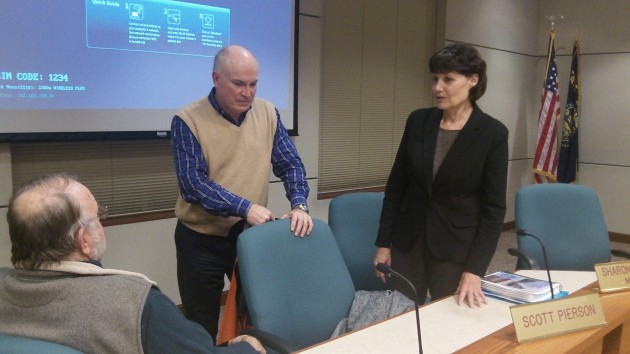 One of these days, local government may run out of new ideas for getting money out of taxpayers. But that day is not yet here, as the budget committee of the city of Albany is finding out.

The committee, comprised of the six council members and the mayor in addition to seven others, this week heard about possible ways in which the city could raise more money for operations. One or more of these options might get consideration as the city’s operating costs — especially in wages and benefits — keep rising faster than its income.

Among the ideas outlined for the committee by City Manager Wes Hare and Finance Director Stewart Taylor: Increases in the “privilege taxes” the city collects from the utilities selling electricity and natural gas, both now taxed at 5 percent of revenue from Albany customers. A two-point hike would yield an estimated $928,000 a year from Pacific Power and $260,000 from Northwest Natural.

The tax is called what it is because, supposedly, it charges the utilities for the “privilege” of using the public right of way for their wires and pipes. But that’s a thin excuse because it’s the customers and not the shareholders of the utilities who are billed for the tax. It’s more like a tax on the privilege of living in town.

The city collects the same kind of tax on water and sewer bills, although it calls this a fee in lieu of a franchise fee — as though water customers had to pay a fee for the publicly owned water system to run pipes under publicly owned streets. The city staff figures that raising this water and sewer tax two points would yield about $420,000.

Mayor Sharon Konopa has another idea: She’d like the city to consider a local fuel tax in order finally to start catching up with repairs to city streets. So this, too, along with the other ideas, will be among the options for further consideration when the committee meets again in January to start work on city finances for the 2015-16 budget year.

Not all these ideas are likely to be adopted, if indeed any of them are, and a fuel tax almost certainly would go to the voters. But considering all the roundabout techniques for extracting money from residents, another method adopted by some Oregon towns to pad their property tax income has at least the advantage of being straightforward: They specify charges for streets, parks, fire service or whatever and send their residents a monthly bill. (hh)


3 responses to “How about more city taxes?”