How a demonstration for justice is done right 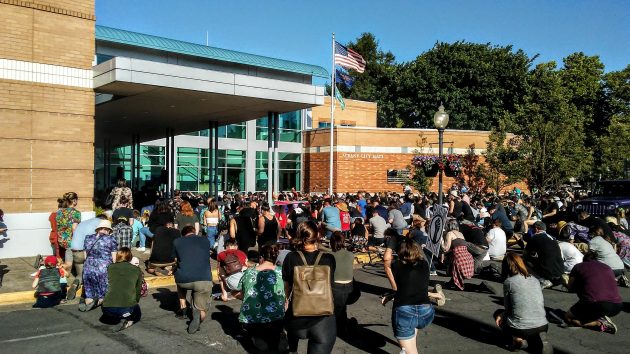 At City Hall near the end of Tuesday’s protest, people knelt for 9 minutes, as long as George Floyd was held down when he died in Minneapolis.

A big crowd came together in Albany Tuesday to demonstrate in favor of racial justice and showed the country — if it paid attention — how this kind of protest should be done.

The Albany crowd, mostly young and mostly but not entirely white, was motivated by the police killing of George Floyd, a 46-year-old black man, in Minneapolis on May 25. From around the country we’ve seen a wave of rioting and destruction prompted by the same event, but nothing like that happened in Albany.

Instead, there was chanting and the waving of signs deploring the treatment of minorities, especially blacks, at the hands of police and society in general. You can disagree with the underlying premise — that America is a fundamentally racist place — but if you were there you would not doubt the sincerity with which the young demonstrators wished for a better world.

I tried but failed to get a decent count of the people lining Ellsworth Street from about Second Avenue to south of Sixth.  But I estimated up to 200 on each side for the four blocks. Add a few more on the other blocks, and you get to between 1,800 and 2,000.

I learned on Facebook that the demonstration would take place, without getting details. Whoever put it together organized it well. I saw caches of bottled water, and later young people were going through the crowd offering people a drink.

Law enforcement was all over the place, just in case. Some were in the crowd, others stationed themselves a block or two away. But as far as I could tell nothing untoward happened. I saw Albany officers shaking hands with demonstrators, posing for photos with some of them and their signs, and gently regulating people and traffic on this busy leg of Highway 20, trying to keep anyone from being run over.

Here’s a sample of what else I saw. 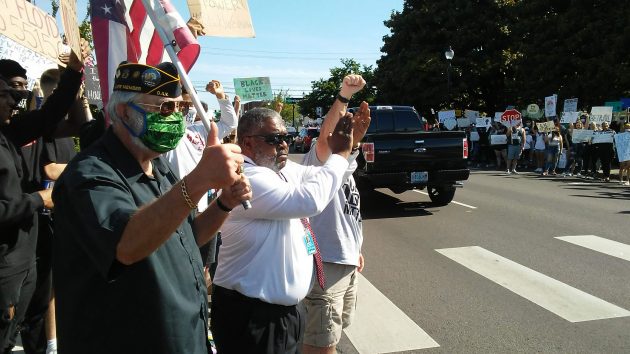 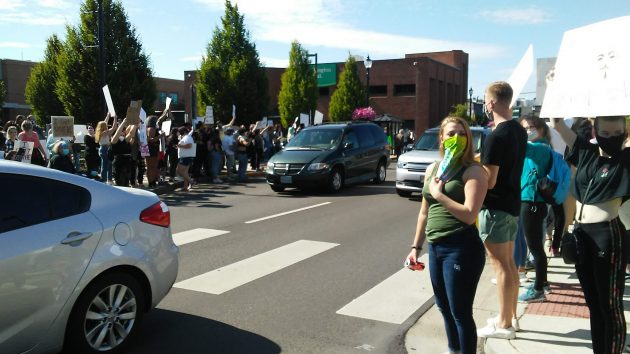 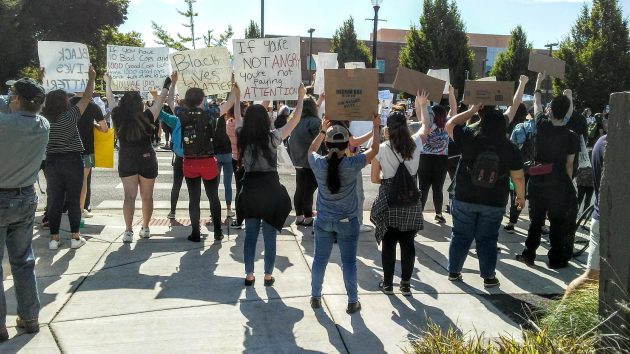 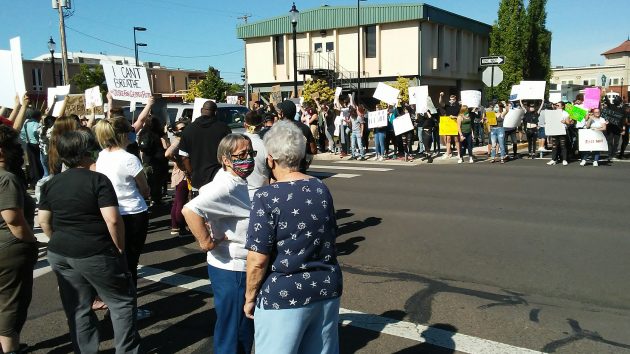 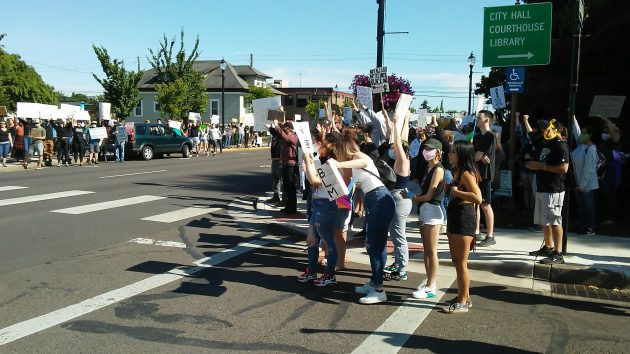 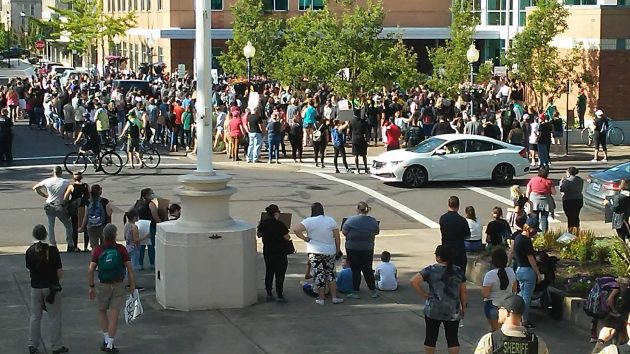 From Ellsworth, part of the crowd moved to the City Hall plaza for speeches and then, the 9-minute kneel. 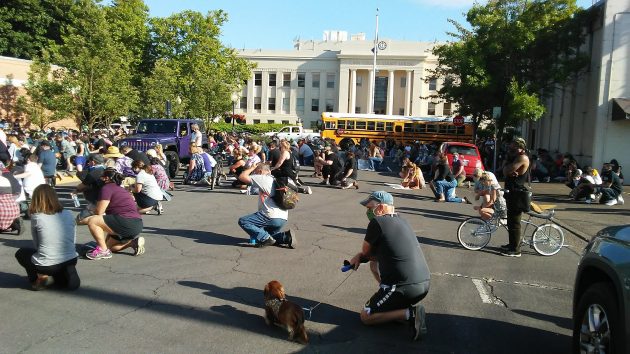 
38 responses to “How a demonstration for justice is done right”